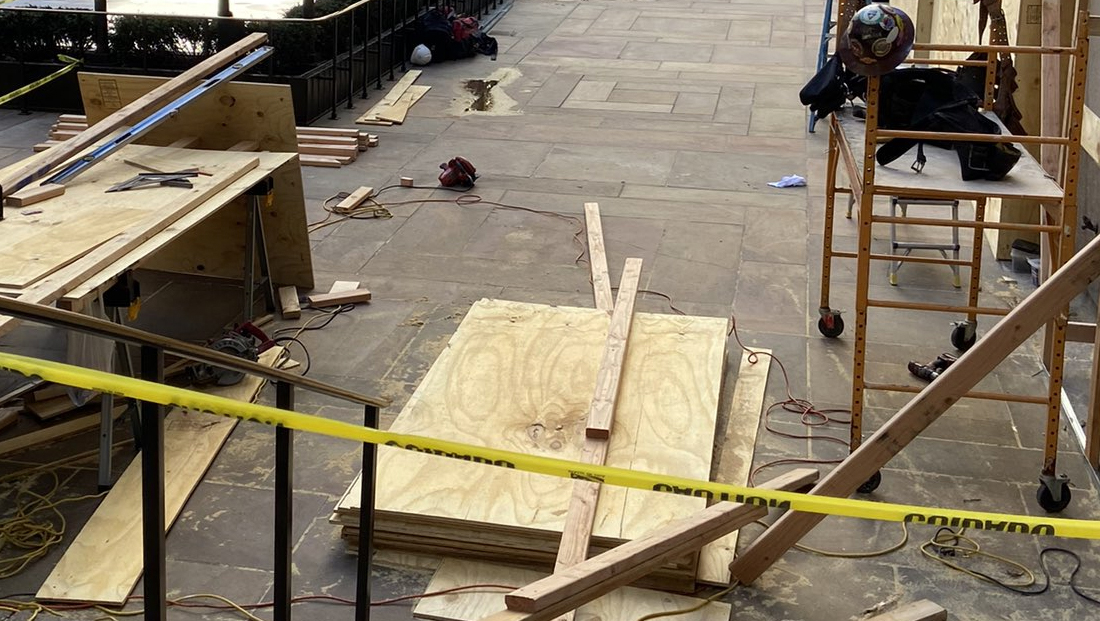 Parts of Rockefeller Center, home to NBC News and scores of retail outlets in prime real estate, is in the process of being boarded up — presumably as a precaution against any violence or protests following 2020 election day.

Jason Calabretta, a producer for “NBC Nightly News” posted a series of photos and videos showing the scene of what he compared to a Home Depot as piles of lumber were brought in and used to construct covers over large glass display windows for stores such as Kate Spade and Michael Kors, two stores that occupy the La Maison Francaise building.

That building is officially part of the Rockefeller Center complex but has an address of 610 Fifth Avenue. It sits southeast of 30 Rock and is significantly shorter. It’s one of two similar buildings that form the sides of the “Channel Gardens” area, which is a popular way for visitors to approach the Rockefeller Center Christmas treet.

Calabretta’s photos do not specifically show any NBC windows being covered.

During a period of civil unrest in June 2020, NBC erected a temporary wall around the windows of its “Today” studio, which occupies a corner across the street from 30 Rock (technically in 10 Rockefeller Center).

NBC runs a retail store that is also used as the reception area for visitors taking tours of the network’s studios under normal circumstances inside of 30 Rock.

NBC is using the “Today” studio as its primary set for 2020 election coverage, though most of the scenery unveiled so far appears to purposefully avoid using any the studio’s famous windows.