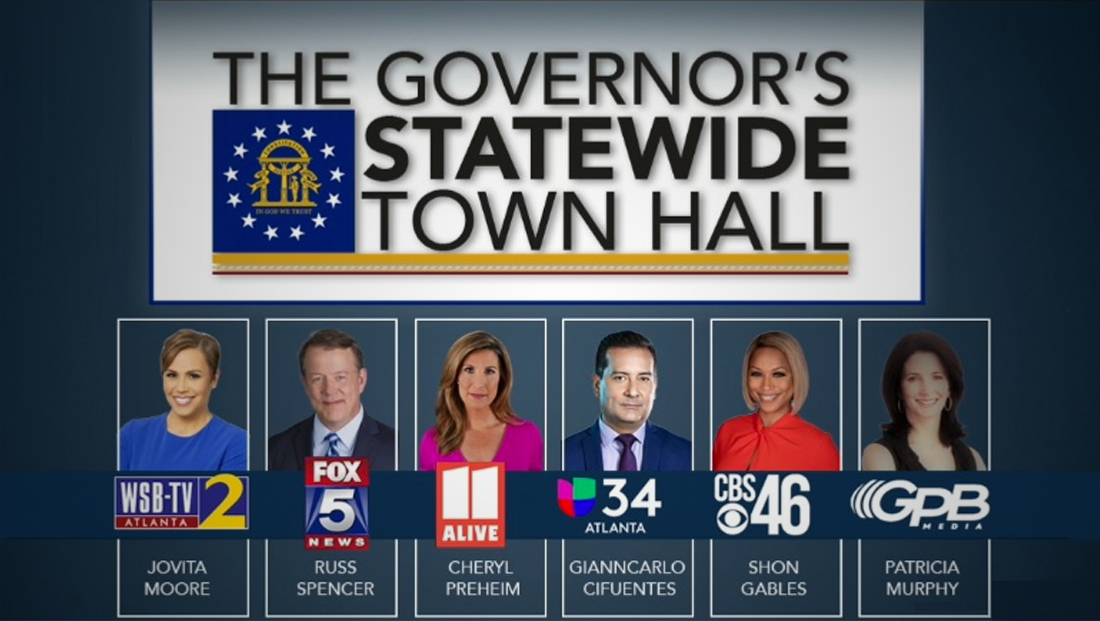 Kathleen Tomey, commissioner of the Georgia State Department of Public Health, was at WAGA’s set with Russ Spencer — properly socially distanced, of course.

Gov. Kemp was set up in the WSB studio.

All six outlet carried the broadcast with WBS’s lower thirds but were able to add their own bugs in the lower left corner.

The town hall included Spanish translation on WUVG as well as an American Sign Language interpreter shown in a box in the upper left.