Tampa forecaster gets dog bombed by Brody, who also managed to break the graphics 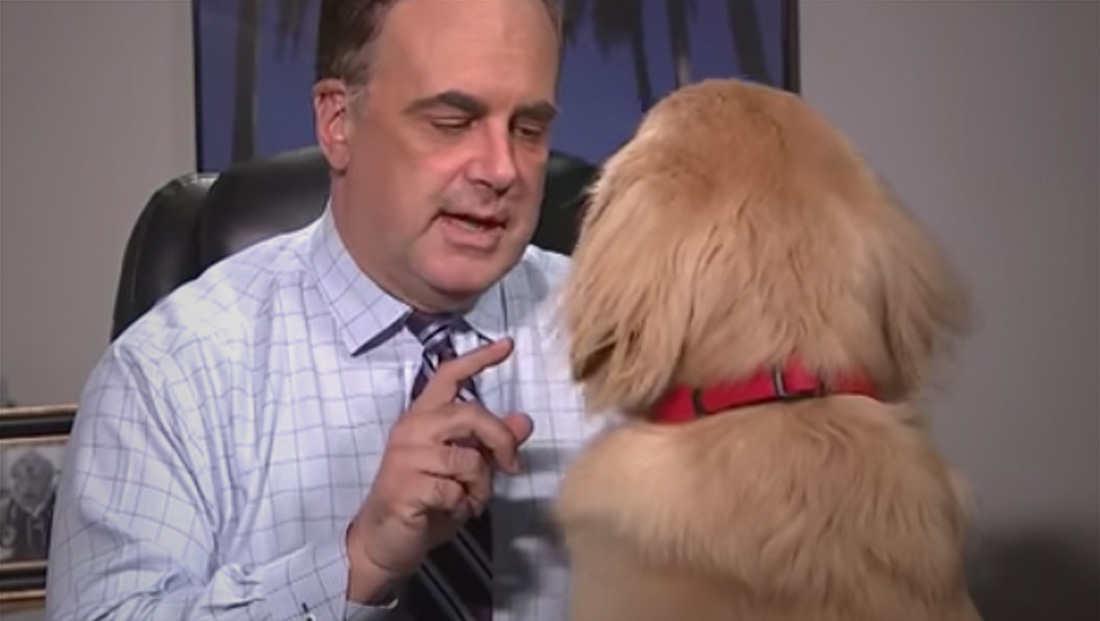 Tampa meteorologist Paul Dellegatto has become the latest TV personality to have his at home broadcast interrupted in the best way possible — by a beloved furry friend.

Dellegatto, who works for Fox 13, WTVT, was on air when his dog, Brody, began begging for attention (as if he’s been short on that with dad working from home).

Brody then decided to put his front paws on Dellegatto’s lap, bumping the laptop running the weather graphics in the process.

Dellegatto then had to “verbalize” his forecast.

Brody also was interested in saying “hi” to Craig, the station’s videographer who was set up on the porch and shooting through a window in order to maintain a safe distance, popping up in front of the lens.

For what it’s worth, you can tell Dellegatto is a dog person — there are two framed photos of dogs behind his live shot — both of which are more visible than what appears to be an AMS certificate.