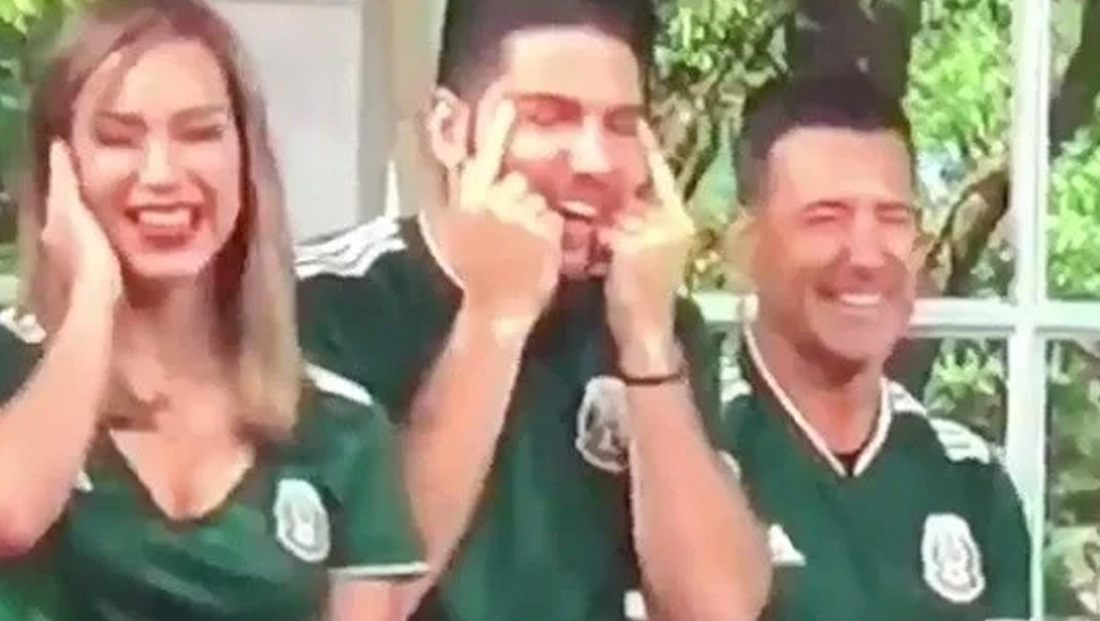 A pair of U.S.-based television hosts were indefinitely suspended on Thursday after using racist slant-eyed gestures during a live broadcast in the aftermath of South Korea’s World Cup victory over Germany on Wednesday that ensured Mexico’s passage into the knockout stages.