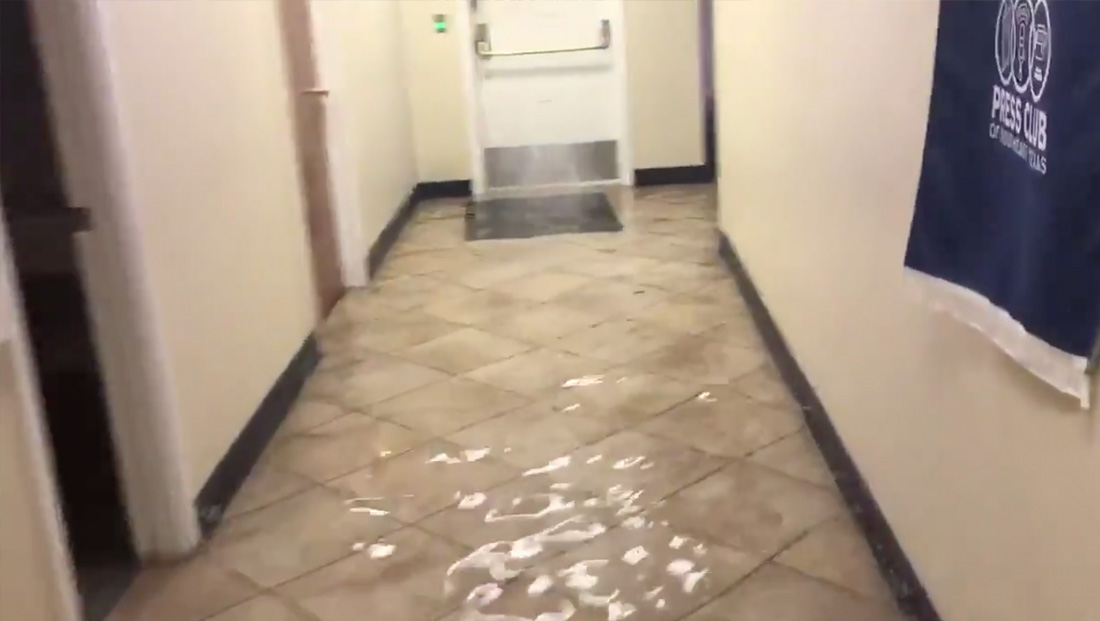 Beaumont, Texas, station KBMT is flooding thanks to record rainfall from tropical storm Imelda, according a video posted by a digital producer.

Well work got pretty interesting about 4am Thursday morning. @12newsnow station starting taking on water. Several inches in building by the time we left. #Imelda pic.twitter.com/0fdeiglea3

#KHOU11 is simulcasting for our sister station in Beaumont as its crews evacuate. It's a situation we are all too familiar with here. Our hearts are with our colleagues in Beaumont, as well as the residents there who are impacted by severe floodings.#HTownRush #12NewsNow https://t.co/foTJ2lwipt

Update: We are having to end our wall-to-wall coverage on Imelda and evacuate our building due to flooding. @12NewsNow pic.twitter.com/rQWoGTqGJU