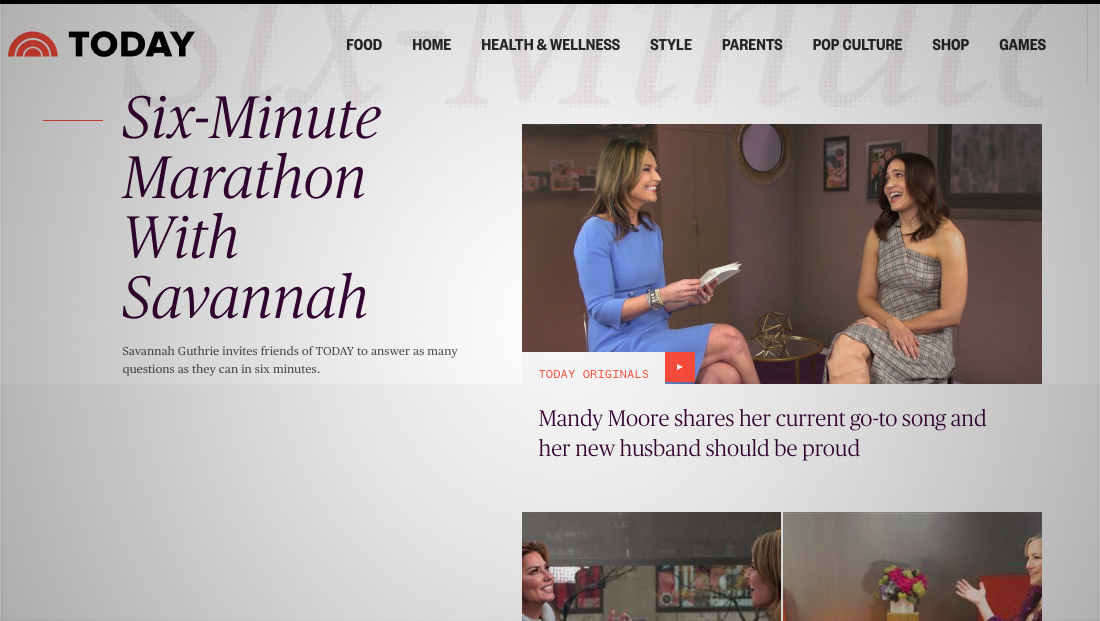 These new series join returning ones:

“Today” also mentions that “more” series are also returning, but did not elaborate.

The digital shorts are produced by NBC News Digital and will be released, with varying frequencies, throughout the spring and summer of 2019.