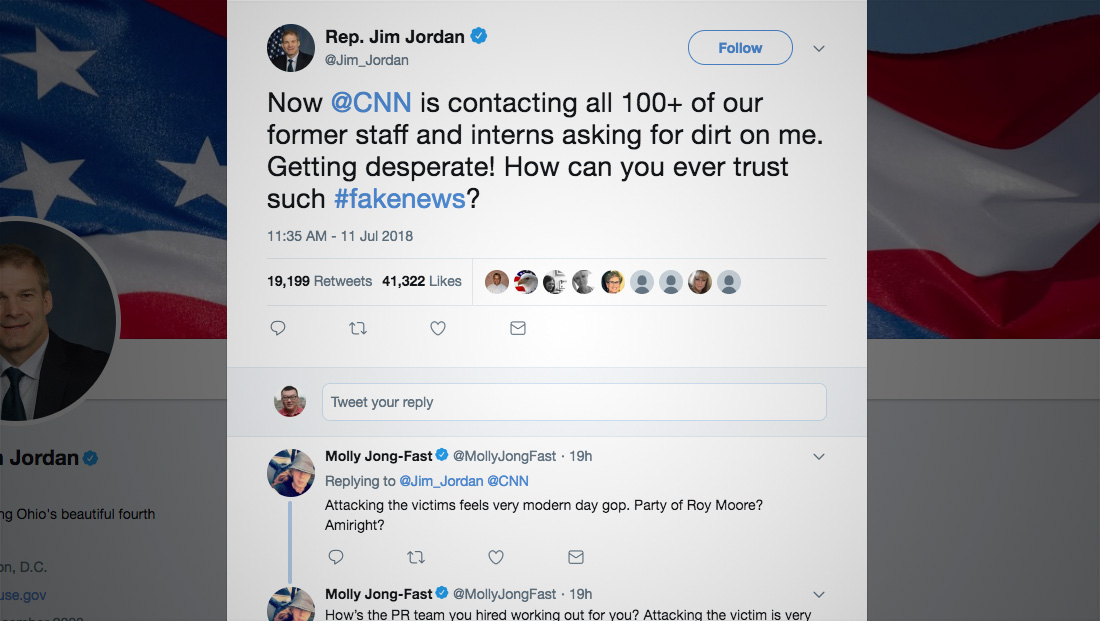 Rep. Jim Jordan (R-Ohio) is facing claims that he failed to take action against alleged serial sexual abuse involving an Ohio State University athletic doctor and scores of student athletes. This week, as he attempted to defend himself, he took a page from President Donald Trump’s playbook: attacking the media.