Was an editorial cartoonist fired for the Trump golf cartoon? 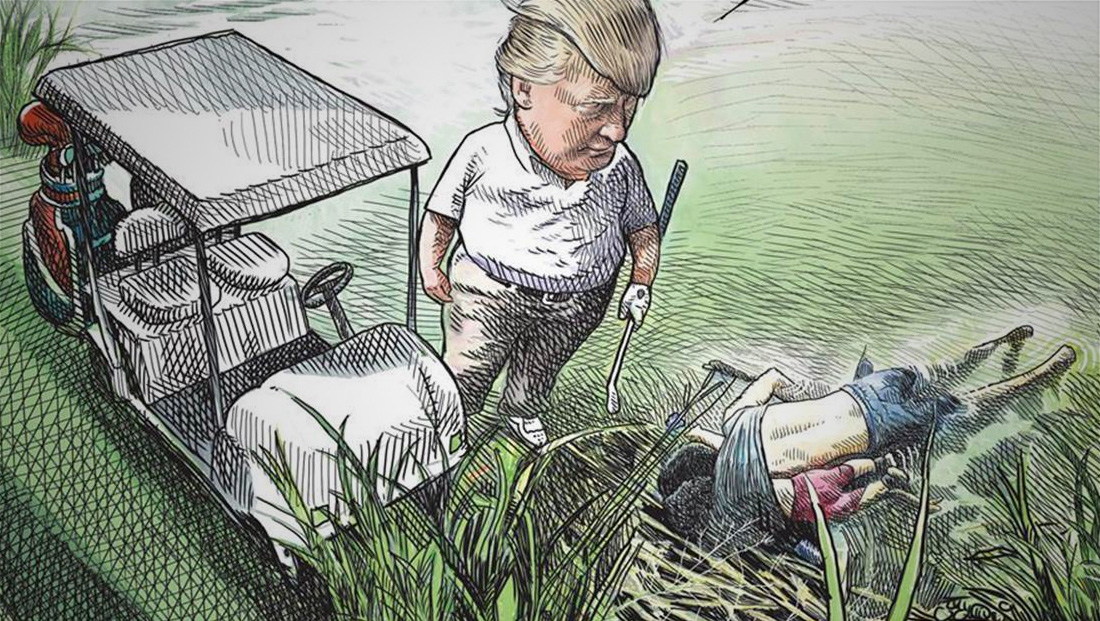 A Canadian publisher has fired the editorial cartoonist who tweeted an image of Donald Trump, in golf attire, standing over the bodies of dead immigrants.

Michael de Adder tweeted the image, which was inspired by the image of a dad man and young girl laying face down in the Rio Grande.

Accompanying the image are the words “Do you mind if I play through?”

de Adder was a freelancer for Brunswick News Inc. and the cartoon did not appear in any print publications, but rather was tweeted from his personal Twitter account.

In fact, the publisher said it was planning to drop him for some time now — so the timing was apparently coincidental.

de Adder, for his part, said he is “not a victim” in the termination.