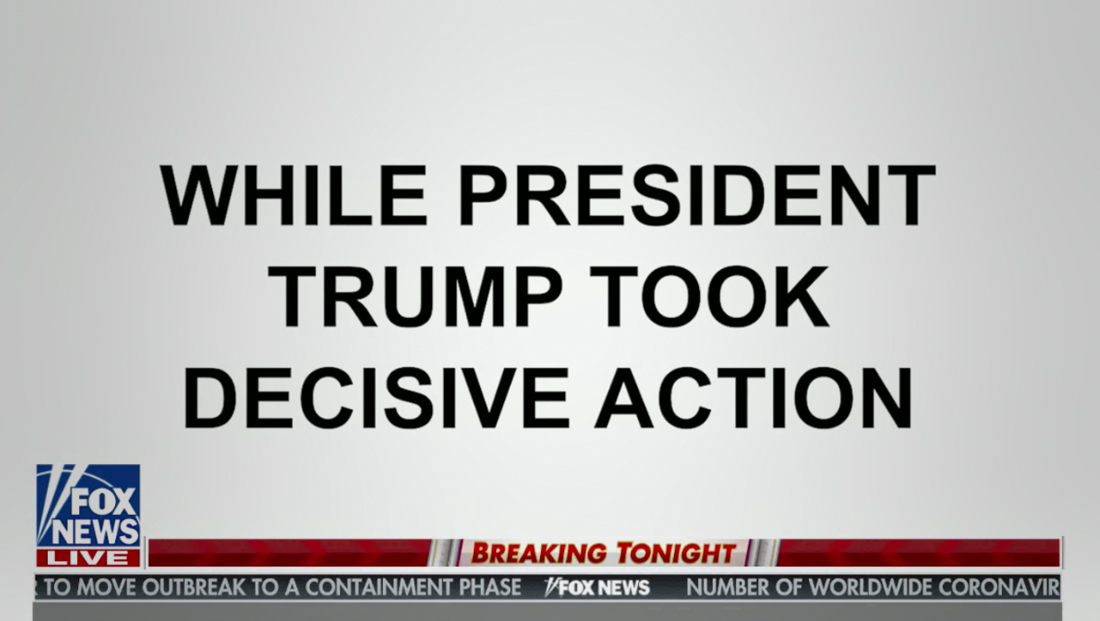 The clip has been criticized for being “propaganda” or a “campaign video” produced at taxpayer expense and shown during an official government function.

Others point out that it’s, at the least, biased and omits multiple key events and facts of the coronavirus outbreak.

It’s also worth noting that the start of the video features clips taken from ABC’s “Good Morning America,” “NBC Nightly News” and “CBS This Morning” — apparently in an attempt to show that even the “mainstream” media that Trump despises — was reporting facts to back up his claims.

However, note that the clips are actually soundbites from these shows assembled by Fox, which also included a clip from its own “Hannity” show.

Note that note of the claims have been independently vetted for accuracy, completeness or “creative” editing that may have changed the context of what was said.