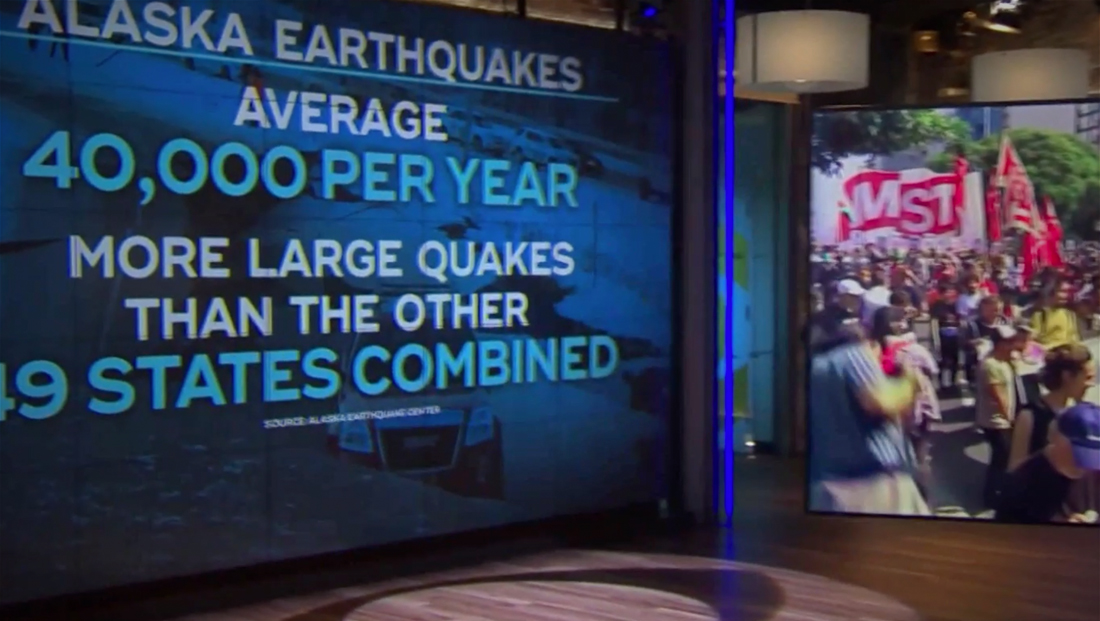 During its coverage of the Alaska earthquake, an odd video clip appeared on one of the “CBS Evening News” studio’s on-set monitors.

As anchor Jeff Glor was describing Alaska’s history of earthquakes compared to that of other states, the a large graphic was shown, “video on video” style, on one of the studio’s video walls — while the camera pulled out to showcase a smaller video screen showing what was presumably supposed to feature earthquake footage or graphics, but instead showed G20 protestors dressed in masks.

Glor noticed the error and informed viewers the video was incorrect.

The error was featured in the first feed of the Friday, Nov. 30, 2018, edition of the broadcast.