What’s behind this Twitter exchange between a former ABC reporter and her ex-colleague? 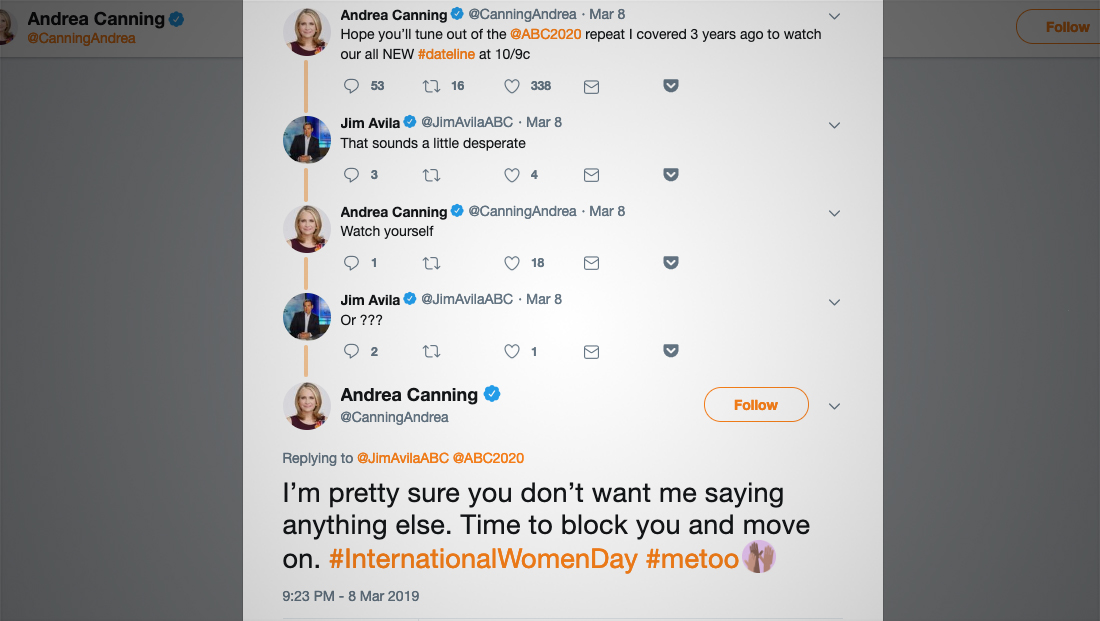 It all started out fairly innocent — NBC News correspondent Andrea Canning took a swipe at former employer ABC News for airing a rerun of a “20/20” report she did three years ago when working for the network.

I’m pretty sure you don’t want me saying anything else. Time to block you and move on. #InternationalWomenDay #metoo