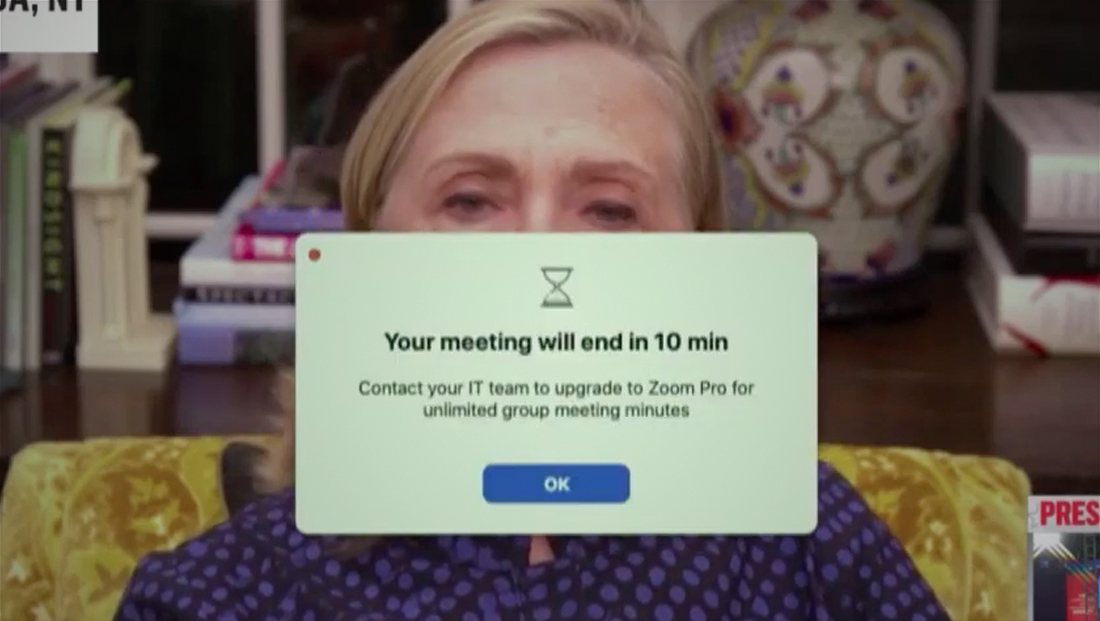 During a live, pre-debate appearance on MSNBC, Hillary Clinton’s live Zoom feed was interrupted by a “10 minute warning.”

Clinton, who was joining from upstate New York, was in the middle of her interview when a white window appeared over her face reading “Your meeting will end in 10 (minutes): Contact your IT team to upgrade to Zoom Pro for unlimited group meeting minutes.”

Someone appears to have noticed the warning quickly and a mouse pointer could be seen moving across the screen to dismiss the message.

This warning appears when no a host does not have a paid Zoom account and has more than two participants.

Zoom allows for unlimited meeting lengths for 1:1 video calls on all accounts.

In theory, if only Clinton and a device at MSNBC that was feeding the image on air were participating in the Zoom call, this warning should not have appeared. However, it’s possible that at least one other participant was looped in — such as a producer, Clinton staffer or even another device at MSNBC.

The appearance of this warning would suggest that the host of the meeting, which can’t be determined based on the on air appearance, did not have a paid account.

Since live TV interviews rarely last more than 10 straight minutes without some kind of break, the issue could have been resolved during a commercial break by using the “starting over” hack to get around Zoom meeting limits.