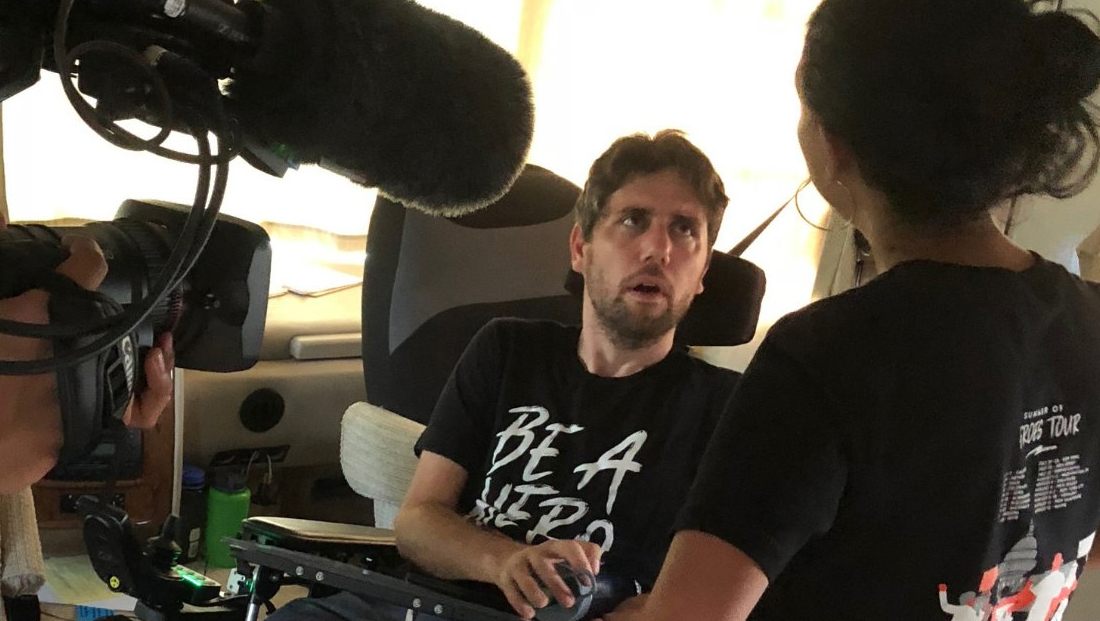 The 30 minute special provides behind-the-scenes access into the riveting journey of healthcare activist Ady Barkan, who was diagnosed with ALS in 2016 and experienced firsthand the many challenges disabled and senior communities face that prevent them from leading independent quality lives.

The special is authentically narrated by Ady Barkan as he speaks through a Tobii Dynavox, an electronic device that tracks his eye movements to type out words, so he can share his story in his own words.

Barkan, an American lawyer, activist and one of Time Magazine’s “Most Influential People of 2020,” has been fighting for social justice for historically underrepresented and marginalized communities since his youth. After being diagnosed with ALS in 2016, he began to shed light on the inequities in the American healthcare system. Be A Hero, the organization Ady co-founded, has been advocating affordable and accessible home care, which Ady attributes to helping him stay alive. He believes that all disabled, sick or aging individuals should be afforded the same access.

“Our America: Accomplices: The Story of Ady Barkan” shares with viewers Ady Barkan’s fight for healthcare justice as he premieres his film, “Not Going Quietly.” Viewers will also experience the power behind home caregivers as they witness those who care for Ady throughout his daily life and brave journey, according to ABC.

In the special, Ady introduces a new form of allyship, called “accomplice ship” and the powerful modern-day meaning, as he shifts the national conversation — challenging politicians and government officials and encouraging everyone to be a modern-day “accomplice” to underrepresented communities — which includes the disabled community.

“’Accomplice ship’ requires working hand in hand with the most marginalized, underrepresented and excluded voices toward a world where everyone can live with dignity and [have] the basic resources they need to thrive,” said activist Ady Barkan in a statement.

“Persons with disabilities are often communities that are ignored and excluded within the conversations of diversity and inclusion,” said Blake in the statement. “Ady’s story and advocacy is an incredible reminder that people with disabilities can lead productive lives and be major contributors to society if given the resources and support to do so.”

“Our America: Accomplices: The Story of Ady Barkan” captures Ady’s life, mission and journey while exemplifying modern-day “accomplice ship” and what courage and influence against all odds looks like.

The special will be available on Hulu, and is available to stream across each owned stations free news apps in major markets.