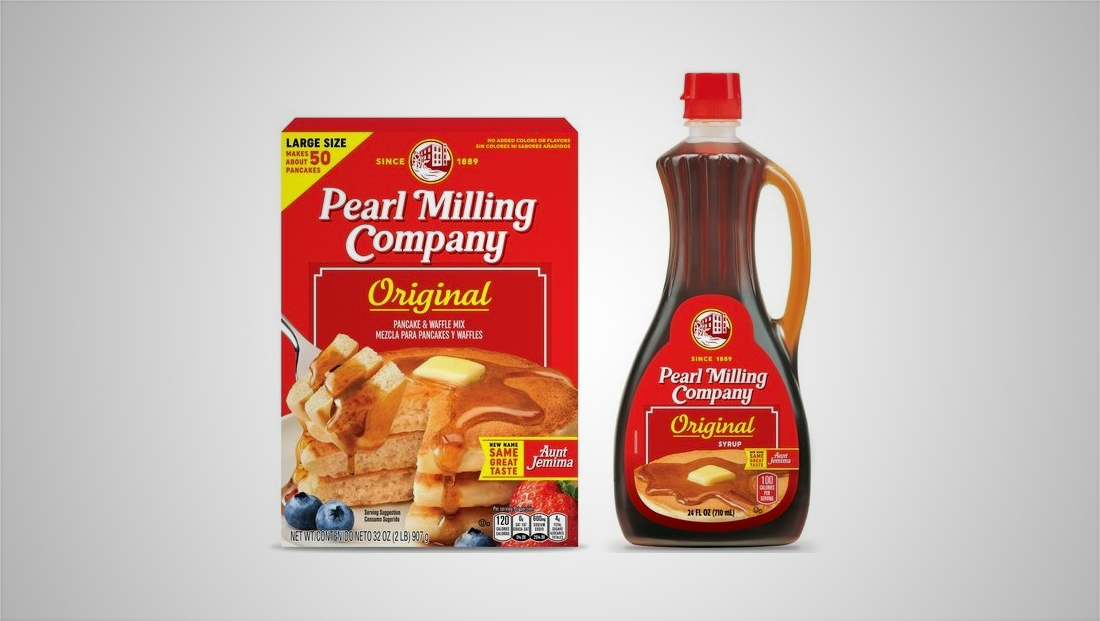 The pancake mix and topping brand, which is owned by PepsiCo subsidiary Quaker, announced in June 2020 that it would be changing its name following calls for brands, which also included Uncle Ben’s rice, Mrs. Butterworths and Cream of Wheat to drop stereotypical portrayals of certain groups used as mascots or product names.

The name Aunt Jemima was used in “Old Aunt Jemima,” a slave field song. The brand also uses the image of a Black woman, originally illustrated with the likeness of Nancy Green, who was born into slavery.

“Aunt” and “Uncle” have also been cited as racist because they were sometimes used instead of “Mr.” or “Ms.” or other similar honorifics, when referring to a Black person.

PepsiCo says that starting in June, its packaging will reflect the name “Pearl Milling Company,” the name of the company that originally produced under the Jemima name.

There is also no longer any image of a person — instead the new design appears to be an illustration of a building exterior, presumably the mill in question.

The logotype has been changed to the longer title but remains in a similar font. The images of packaging released by PepsiCo also show the same red and yellow labels, likely a move meant to help customers who look for its products based solely on colors locate them on crowded grocery store shelves.

Reusing color schemes is not uncommon when products change name or redesign their logos — including ones with any potential insensitivity issues.

Uncle Ben’s rice has rebranded as Ben’s Original and Cream of Wheat is dropping the image of a Black chef from its packaging.