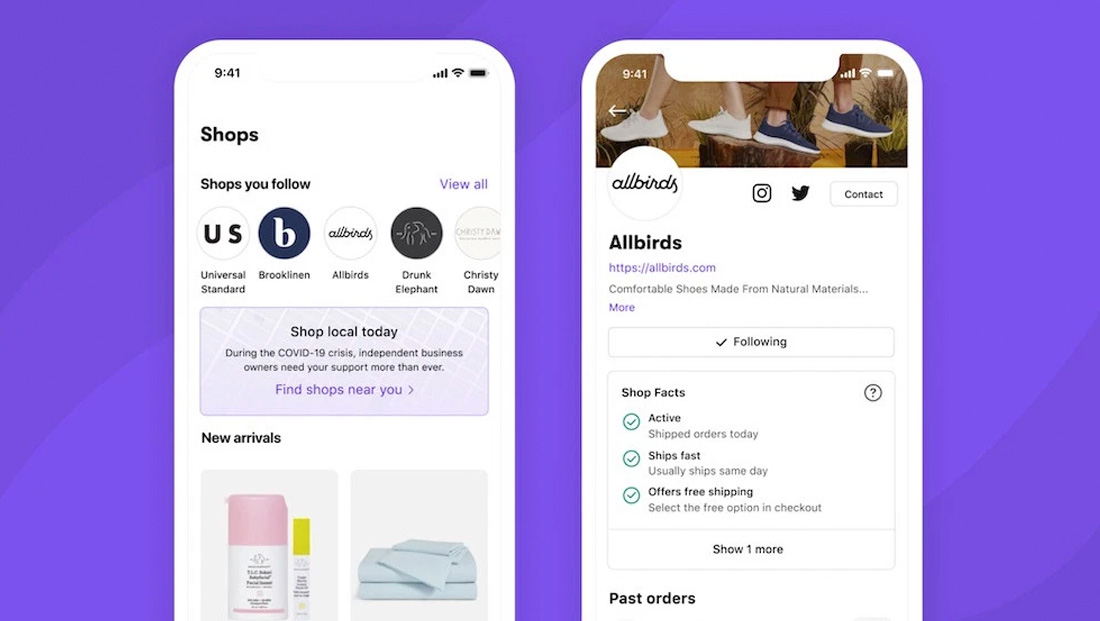 In a surprise move, Shopify rebranded its Arrive mobile app and renamed it Shop, marking a long anticipated “marketplace” feature.

Arrive originally let users connect email account and the company’s software would scan emails looking for shipping notifications and then combine them into a central location to let ecommerce fans track when its would arrive.

That app, which will have its new name rolled out in phases, will be renamed Shop. Before the renamed, it has 16 million users.

That functionality remains — but adds the so-called “marketplace” that lets user shop across the thousands of stores that use Shopify.

The app is heavily recommendation based — which makes sense because a lot of the data the former Arrive functionality sucks in reveals buying habits.

Shop itself uses a logo design that’s basically the same as when Shopify rebranded Shopify Pay to Shop Pay in February 2020 — just with the credit card shape and word “Pay” chopped off.

This appears to be a part of an effort to build a separate consumer facing brand under “Shop” (indeed, pay.shopify.com now redirects to shop.app).

The new Shop app look uses the same vibrant shade as Shop Pay as well as the font GT Walsheim as a display font.