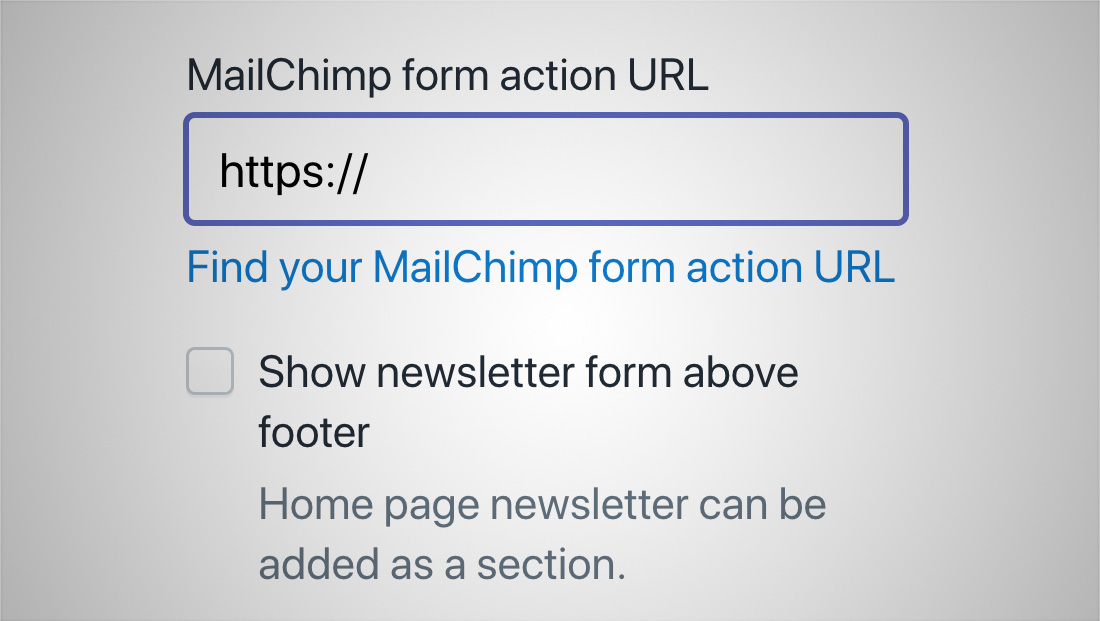 With Shopify and Mailchimp ending their rather tumultuous relationship, one alternative to get around this issue is to use a Shopify theme that supports using the “Mailchimp form action URL” feature to send email signups directly to Mailchimp.