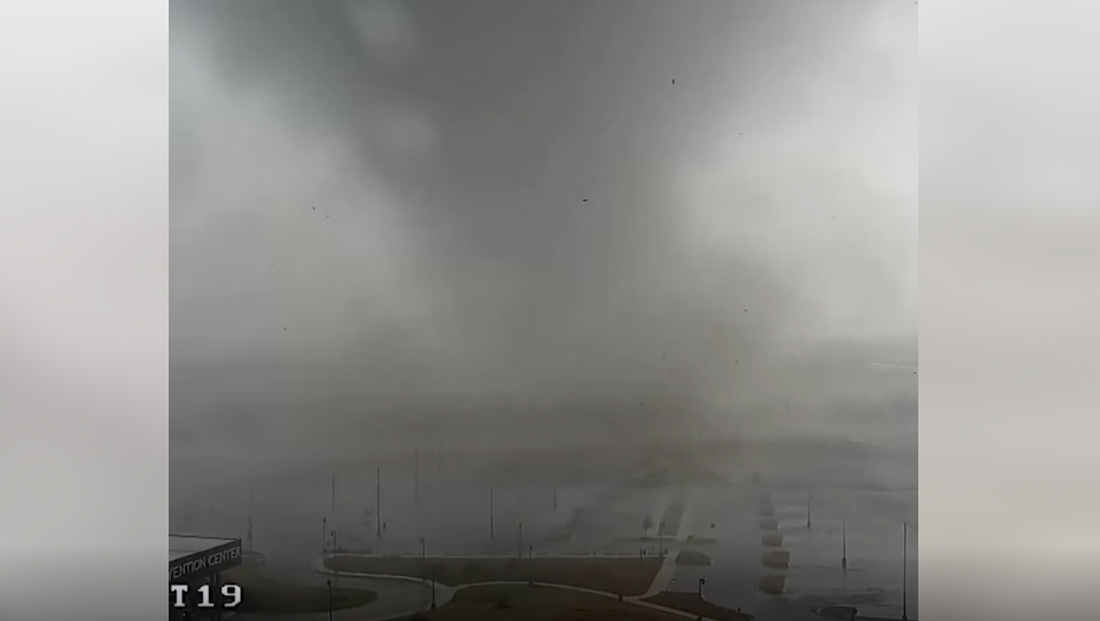 A camera owned by an Austin, Texas, TV station KVUE was directly hit by a tornado — and it was all captured on air.

The ABC station’s camera at the Kalahari Resorts in Round Rock, Texas, was sending video back to the station as a tornado could be heading in its direction and the station recorded it all.

Glimpses of what appears to be the roof of the resort’s convention center can be seen before the camera appears to end up pointing directly downward, with the metal pole it’s mounted on visible with wiring scuttling down it.

Round Rock is about 20 miles north of Texas and the camera provides a view of nearby Route 79 as well as the resort grounds.

TV stations often have multiple fixed or robotic cameras mounted at key vantage points throughout the region that they can use to monitor traffic and weather conditions or provide bump shots or even video wall backgrounds behind anchors.

Sometimes these cameras are sponsored by a business where or near they are mounted.

While microwave and other technologies previously had to be leveraged to get these camera feeds back to the station, meaning they were not also kept active, many stations have converted to IP based technology that allows the video to be sent back to the station over broadband internet.

TV stations also often tap into government owned cameras set up for transportation officials to monitor roads and travel conditions. Leveraging these cameras can save the station the expense of setting up its own cameras and feeds and since they are government owned, their feeds are generally considered public domain and therefore free to use on air and other applications.