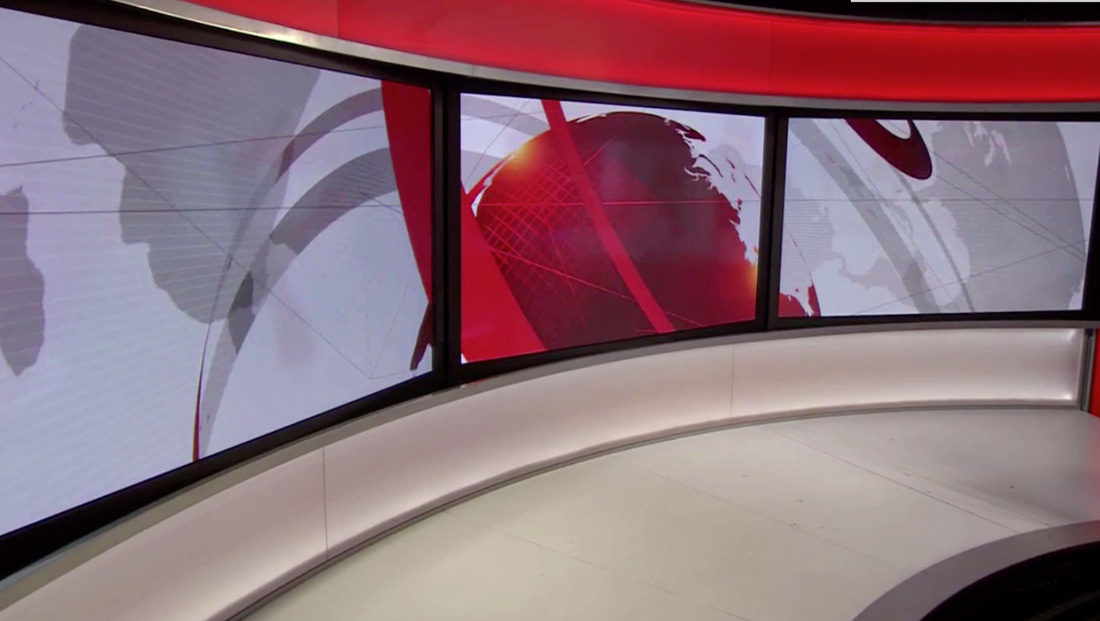 The BBC World News feed was interrupted overnight when anchor David Eades was wrapping a story at the anchor desk and the robotic camera he was on abruptly zoomed out and swiveled to point at the standup area.

The network’s familiar pulsating musical bed played for about 20 seconds without any other audio.

Before the network cut to its opening graphics, the camera moved again.

The network then cut to a wide shot of the studio before Eades came back on screen.

“We’ve got the world back on its axis for you as well,” he said, welcoming viewers back.

BBC News has two studios, studios C and E, with similar layouts that use robotic cameras that can move around the anchor desk on concentric circular tracks.

Eades appeared to be anchoring from Studio C, which features a large video wall that can display, among other images, a loop of the sprawling BBC newsroom in London.

Studio C’s set is very similar to the one installed in Studio E, which has windows overlooking the actual newsroom instead of the large video wall.

The robotic camera system has caused issues for BBC almost since the day they were installed — and glitches with them became so common they were even got a dedicated part of the network’s annual holiday blooper reel.