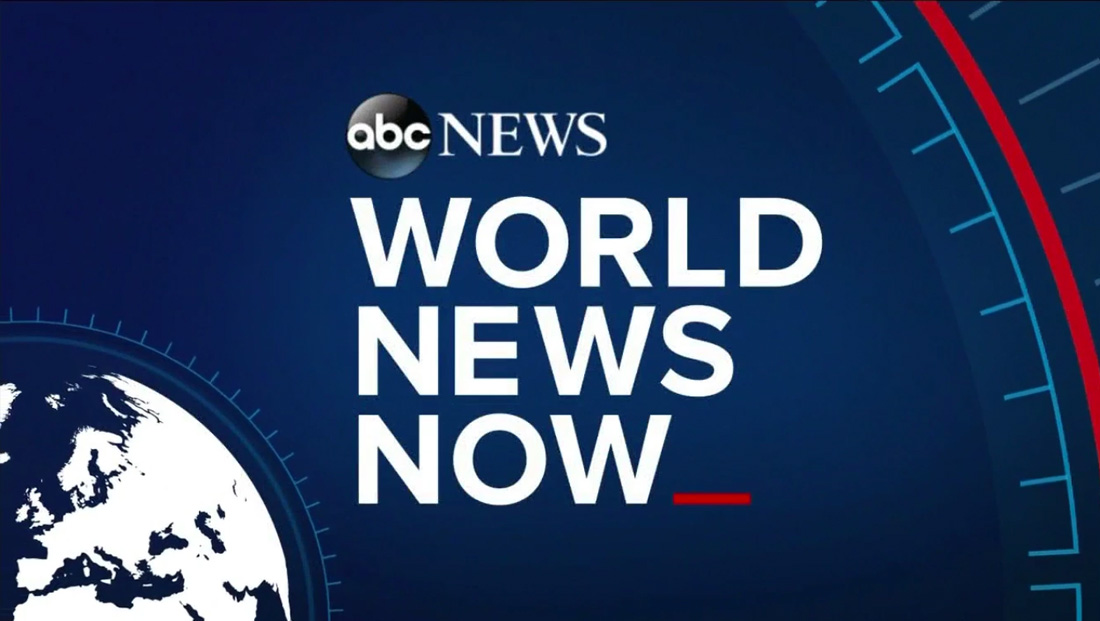 Instead, these stations are airing repeats of other programming.

The exact repeats vary by market but includes “ABC World News Tonight,” “GMA3: What You Need to Know,” “Live with Kelly and Ryan” and “Tamron Hall,” which are all ABC productions.

Other shows repeated include “Jeopardy!,” “Inside Edition” and local productions.

In Chicago, WLS airs a repeat of its local lifestyle program “Windy City Live” instead of “Hall.”

WLS does not air “Tamron Hall” locally because of “WCL” — so the CW affiliate in the market, WCIU, carries it instead.

Some of these markets still air part of “World News Now” after the repeats air, while more carry ABC’s early morning newscast “America This Morning” before local news starts.

The move is interesting in that it means that “World News Now” is no longer available for a good portion of the U.S. population during the overnight hours.

However, at least part of the network’s strategy in implementing this shift could be to boost ratings for the shows it repeats since these are generally grouped with ratings of the first run airings.

ABC has been using a similar strategy to boost its numbers of “World News Tonight” by airing it live at 3:30 p.m. Pacific time on KABC in L.A. in addition to the traditional 6:30 p.m. timeslot.

Owned stations had already been airing repeats of “World News Tonight” early in the morning as well, similar to what both CBS and NBC do on their respective owned stations.

Despite the early morning hours, the populations of the major markets that owned stations tend to be in can give encore presentations a decent number of viewers that, when combined with the first run, are significant enough to make the practice work out financially in the network’s favor.

At least part of this is also targeted, albeit unofficially, at garnering “bragging rights” programming be billed as most watched.

Advertisers are typically aware of the practice of artificially boosting numbers this way and data is available that breaks down the viewership by time.

On the other hand, overnight newscasts such as “WNN” are generally run on much lower budgets than more high profile programming despite being on for significantly more time.

Newscasts as a whole also tend to be some of the less expensive type of TV content to produce. Overnight newscasts can lower their overhead even more by pulling content from other network shows or dedicating significant time to pop culture news and “anchor chat” style segments.

“World News Now” produces 90 minutes of programming starting at 2 a.m. eastern. At 3:30 a.m. eastern, the show begins to repeat on the east coast.

The network also feeds out tape delayed loops of the show for other time zones, but can also provide live updates for breaking news.

ABC’s “World News Now” is perhaps the most iconic of the overnight newscasts thanks to its offbeat tone and use of more original anchor segments. It proudly labels itself as a broadcast that caters to insomniacs and also originated the famous “World News Polka.”

Meanwhile, CBS removed its “WNN” competitor “Up to the Minute” in 2015 in favor of airing repeat segments from “CBS Evening News” and other network productions under the “CBS Overnight News” banner before switching over to “CBS Early Morning News” in many markets right before local news.

NBC has not aired overnight news since “NBC News Nightside” was canceled in 1998. Instead, the network relied on a variety of reruns, including repeats of its late night talk shows, portions of “Today” and, for a time, poker tournaments. Today, late night repeats continue for most markets, filled in with other encores.

NBC does produce “Early Today” that is aired in select markets, typically before local news starts.

While ABC has made no official announcement on if it intends to wind down production of “World News Now,” its removal from a good portion of the country’s population almost certainly isn’t a good sign.

Canceling the broadcast nationally could mean the network simply shifts to a strategy of re-airing programs such as “Nightline” and “Jimmy Kimmel Live.” It could also give local affiliates the option to air repeats of locally produced news and lifestyle programs, syndicated shows or even infomercials for at least some of the overnight hours, which could be a way for these stations to pick up some extra ad dollars locally.