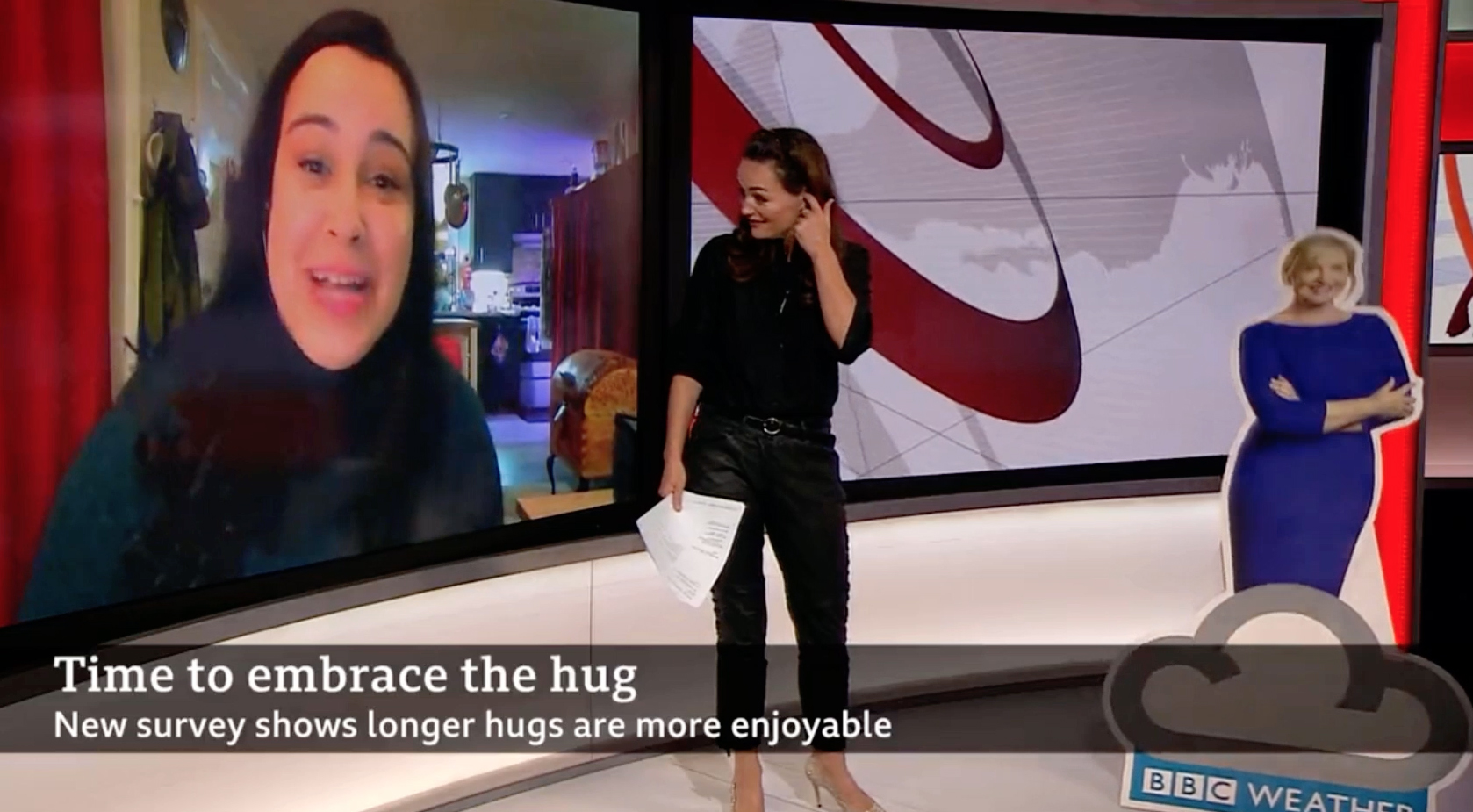 What do you get when you combine a segment about the proper way to hug with a “cuddling expert” and a cardboard cutout of a TV forecaster? Blooper reel material, of course.

BBC News was trying to give its viewers some tips on the correct way to hug someone — presumably because that kind of contact hasn’t necessarily been used much in the past two years due to the pandemic.

So, the network had anchor Victoria Fritz set up on the “runway” part of one its news studios.

Professional Cuddler Samantha Hess (which is apparently a real title) joined Fritz remotely via one of the video monitors on set and the network had a cardboard cutout of forecaster Carol Fritz on the other side of the riser.

The plan was for Kirk to “hug” the cardboard cutout, which appeared to be something the network might use for promotional events.

And that’s when things went downhill.

Before she even approached the cutout for the “demo,” it collapsed.

Fritz was, thankfully, able to get Kirkwood back “on her feet” as it were, and then proceeded to take Hess’ detailed instructions fairly well to carry out what was probably one of the most awkward hugs in history.

The network captured the oddity from several angles, including one that showed Kirk was clearly hugging a two dimensional surface.