Did Fox really run a banner saying ‘Biden should be finished’? 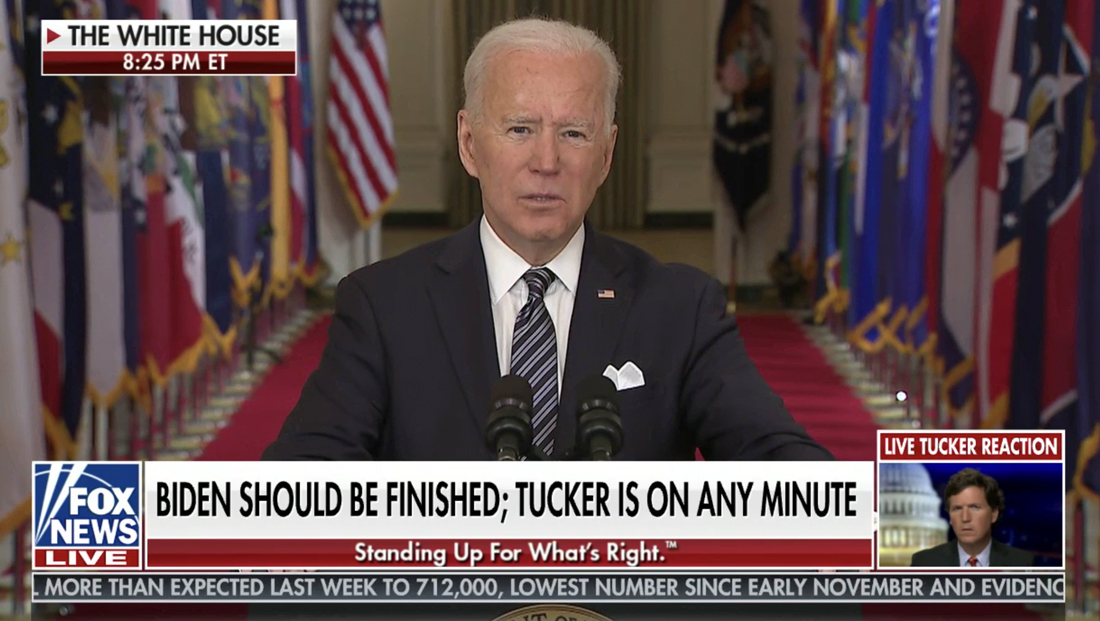 Images of a screenshot of Fox’s coverage of President Joe Biden’s first primetime presidential address to the nation that show it put up a banner declaring “Biden should be finished” have been circulating. But is it real?

Yes. Despite some claims the images posted on social media was edited or manipulated, Fox did indeed air a banner March 11, 2021, that read, in full, “Biden should be finished; Tucker is on any minute,” referring to right wing host Tucker Carlson who offered commentary after the speech wrapped.

This has been confirmed from recordings of the broadcast as it aired.

The White House had indicated earlier in the day that the speech would start shortly after 8 p.m. eastern and run approximately 20 minutes.

Subtracting the one minute delay in the start and end up to 8:25 p.m., that means Biden’s speech ran approximately four minutes longer than promised.

The right leaning network couldn’t resist trolling Biden’s speech in other ways that night as well.