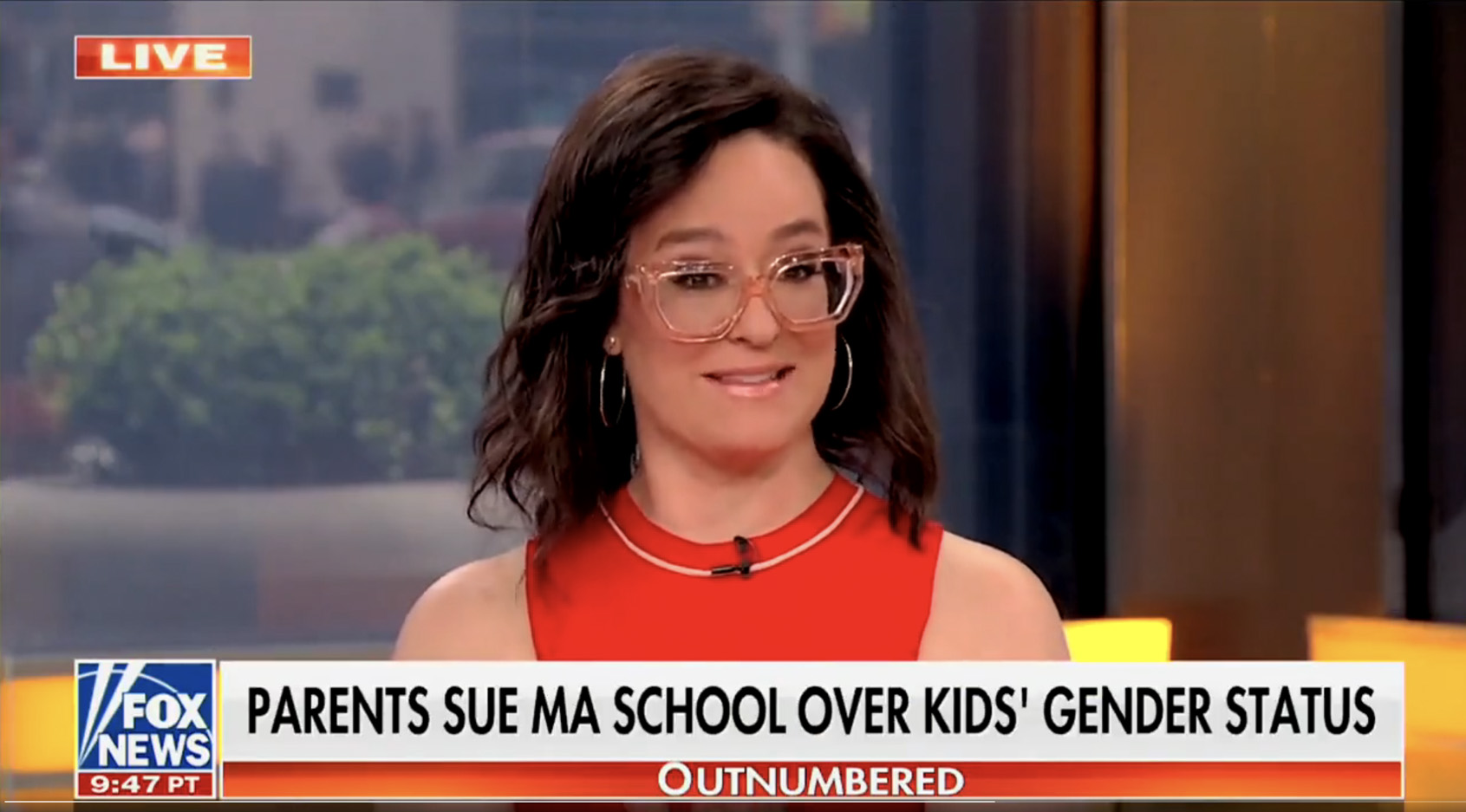 When returning from a break during Fox’s “Outnumbered” April 18, 2022, co-host Kennedy commented on the selection of music.

Like many programs, Fox frequently plays short clips of popular and classic songs when going into or coming out of commercial breaks.

The selection can be wide-ranging, the some have noted the network tends to favor country music or musicians who have known right-wing views.

Kennedy, who was heading up the next segment, could be heard commenting that she doesn’t like Bruce Springsteen as his song “Glory Days” faded out. She went on to call him a “commie” and claimed he turned into a “massive pinko.”

The segment then proceeded into a discussion on, as the on-screen banner read, “Parent sue (Massachusetts) school over kids’ gender status.” File by a conservative “family institute,” the suit accuses a district of allegedly encouraging students from using new names and pronouns without their parents’ consent.

Fox News' Kennedy is mad that they're playing a Bruce Springsteen song as they come back from break.

"I think he's a commie … he turned into a massive pinko!" pic.twitter.com/tMJNosEU83

Springsteen has supported democratic candidates including Barack Obama and Joe Biden, in the past and is also a vocal supporter of LGBTQ rights. He frequently targeted Donald Trump.

His music has been used used at the Democratic National Convention and his name is on lists of musicians who have objected to Donald Trump using his songs during campaign events.

His famous “Born in the USA” hit has been a longtime favorite of politicians to use at the rally, despite Springsteen’s objections and the fact that many don’t realize the song is actually about someone returning from the Vietnam War and has been labeled a “protest song” by the artist.

Another common song used at campaign events is “God Bless the USA,” by Lee Greenwood, who says he’s been a lifetime Republican.