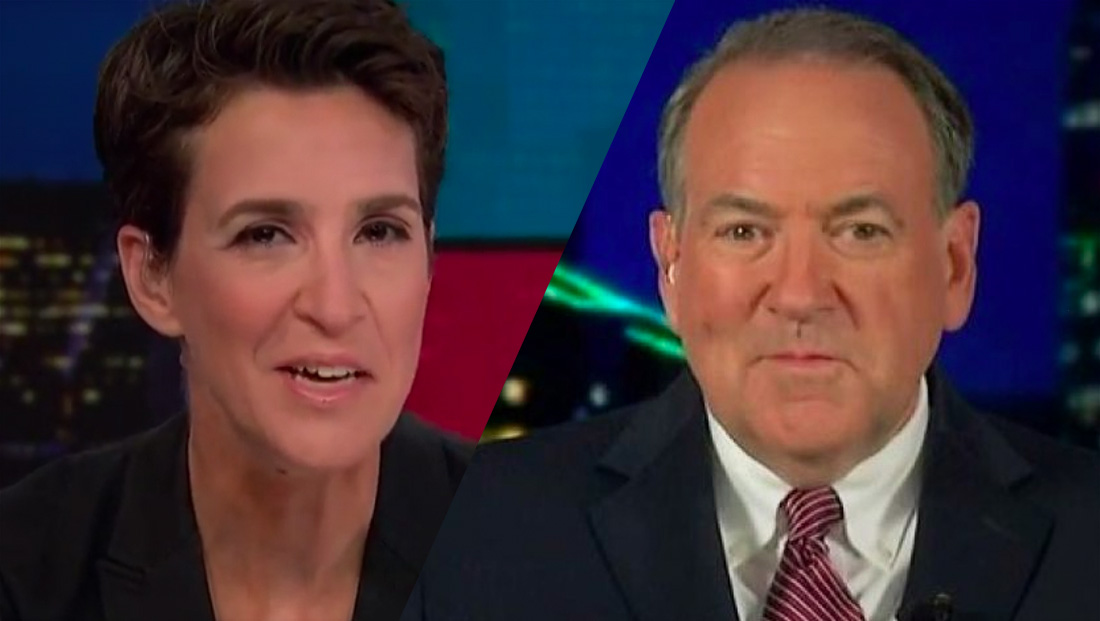 Ex-Arkansas governor Mike Huckabee, who hosts a TBN show and contributes to the Fox cable channel that competes with MSNBC, compared Rachael Maddow’s salary to a garage truck driver and comparing her show to “garbage.”

Just heard MSNBC pays Rachel Maddow $7 mil a year. The average salary for a garbage truck driver is $40,000. Why is delivering garbage worth 175 times more than hauling it away?