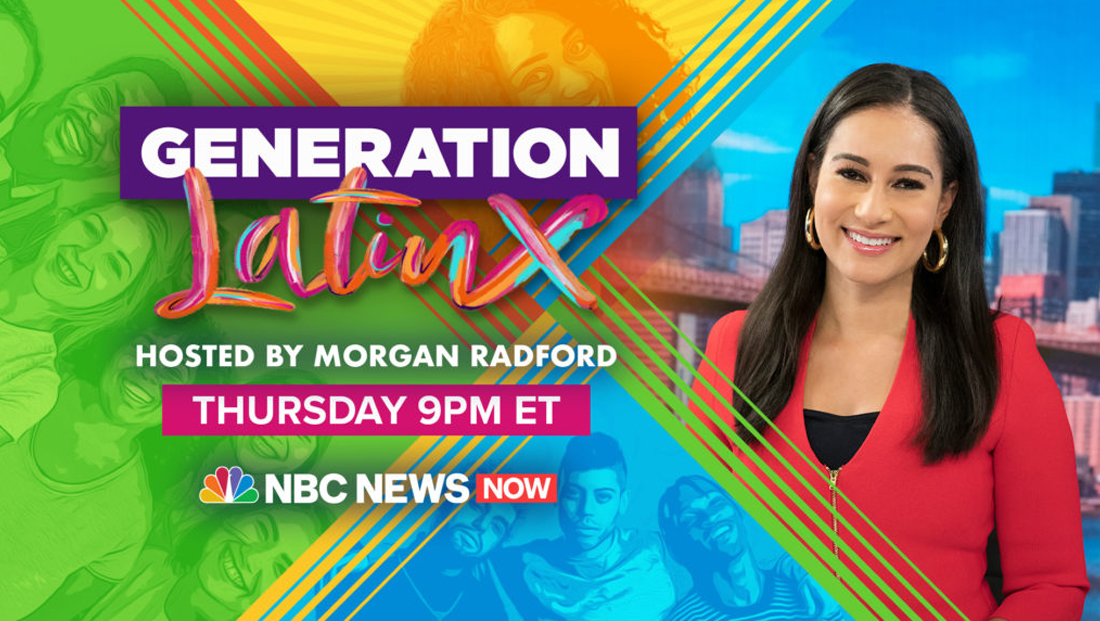 As the largest growing population in America, the Hispanic American experience encapsulates many meanings.

NBC News Now and NBC Latino will present “Generation LatinX,” a special hosted by NBC News’ Morgan Radford, about the experience of Latinos in America in 2021 – from the growing political and economic power of this community to discussions of race and gender identity.

Plus, NBC News Political Director and Meet the Press Moderator Chuck Todd digs deep into the numbers to explain how Latinos will help change America’s political future, and Morning News NOW anchor Savannah Sellers reports on the origins and impact of the term “Latinx.”

The special is the latest in the streaming network’s growing slate of original and special programming. Recent specials have included Can You Hear Us NOW?, Return to Broadway, Stars of Team USA, Cuba’s Fight for Freedom: Patria y Vida, TransAmerica, Elevate: Success in the She-cession, The Racism Virus, Pride & Protest, Planet 2020, Are You Better Off? and more.