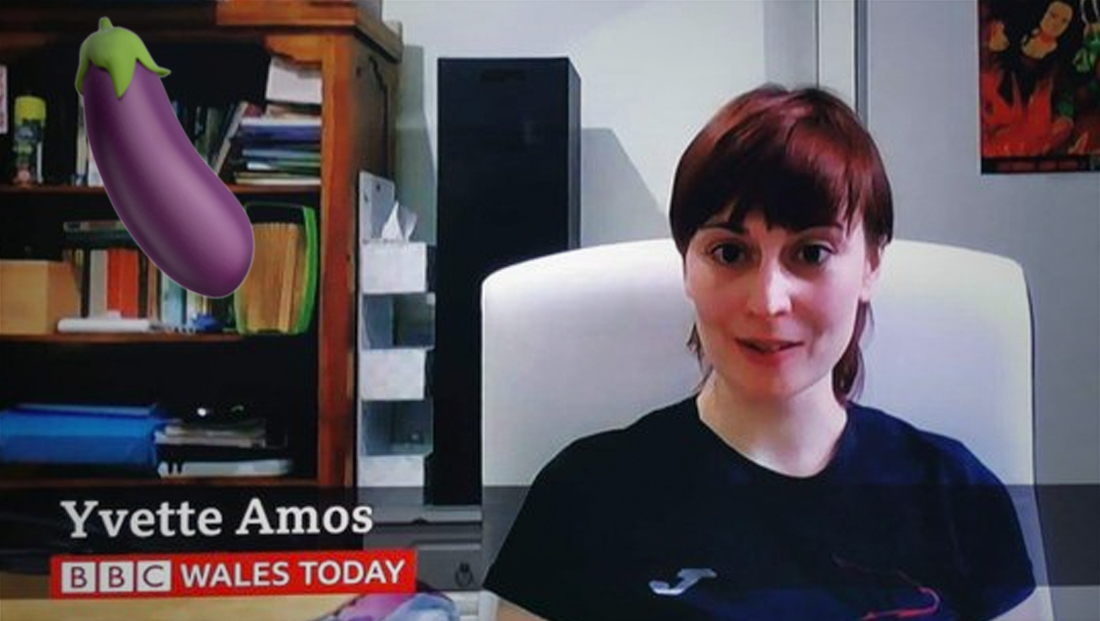 A woman appearing on BBC Wales to discuss her COVID related unemployment has gone viral after sharp eyed viewers spotted a rather personal item on a bookshelf behind her.

That item, which appears in a potentially NSFW tweet shown at the bottom of this post, quickly caused her appearance to go viral.

Like many TV news guests (and even anchors) of late, Yvette Amos joined the BBC show from her home.

Her background appeared rather ordinary at first glance — a white wall with a bookshelf and some other items behind her.

Closer inspection showed an adult toy smack dab in the center of the top shelf.

Viewers were quick to notice and took to social media.

Perhaps the greatest guest background on the BBC Wales news tonight. Always check your shelves before going on air. pic.twitter.com/RK6GCiFuHk