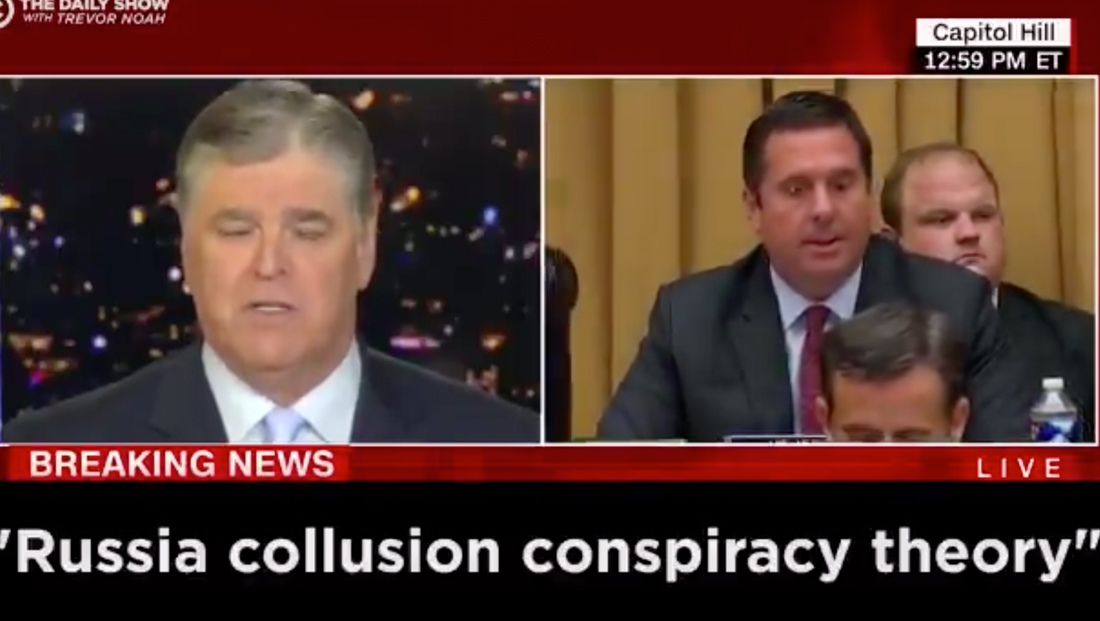 “The Daily Show” posted a video compilation of excerpts of Rep. Devin Nunes’ (R-California) line of questioning at the July 24, 2019, Mueller hearing that appear to mirror statements made by Fox star Sean Hannity.

Devin Nunes did his homework pic.twitter.com/Y8DzGoMlMM