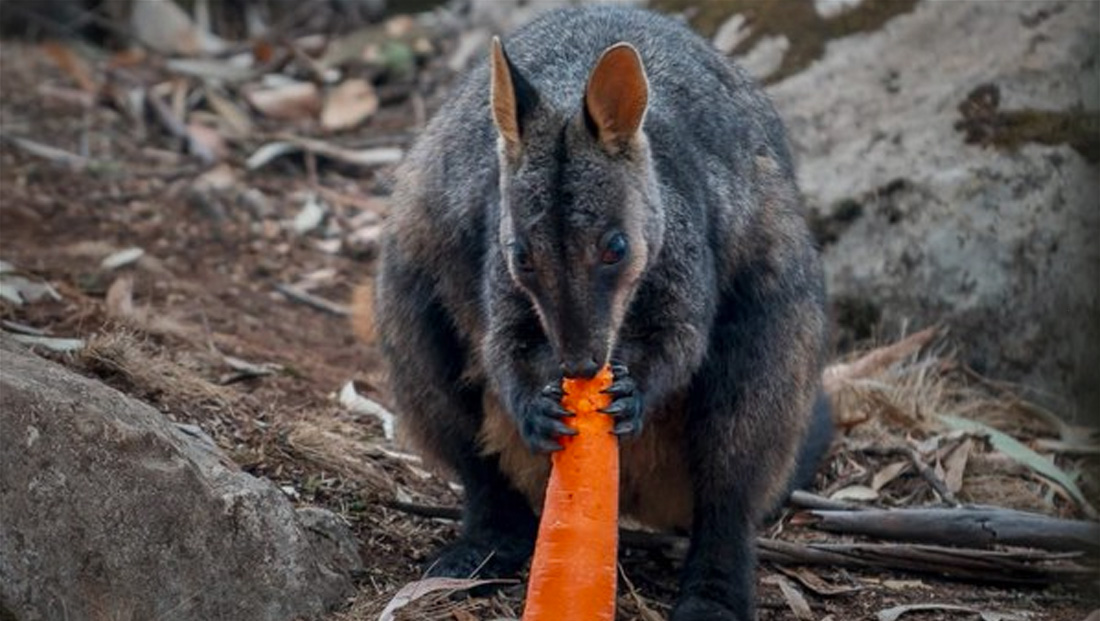 The New South Wales government in Australia is dropping thousands of pounds of carrots and sweet potatoes from the air over areas affected by the brushfires.