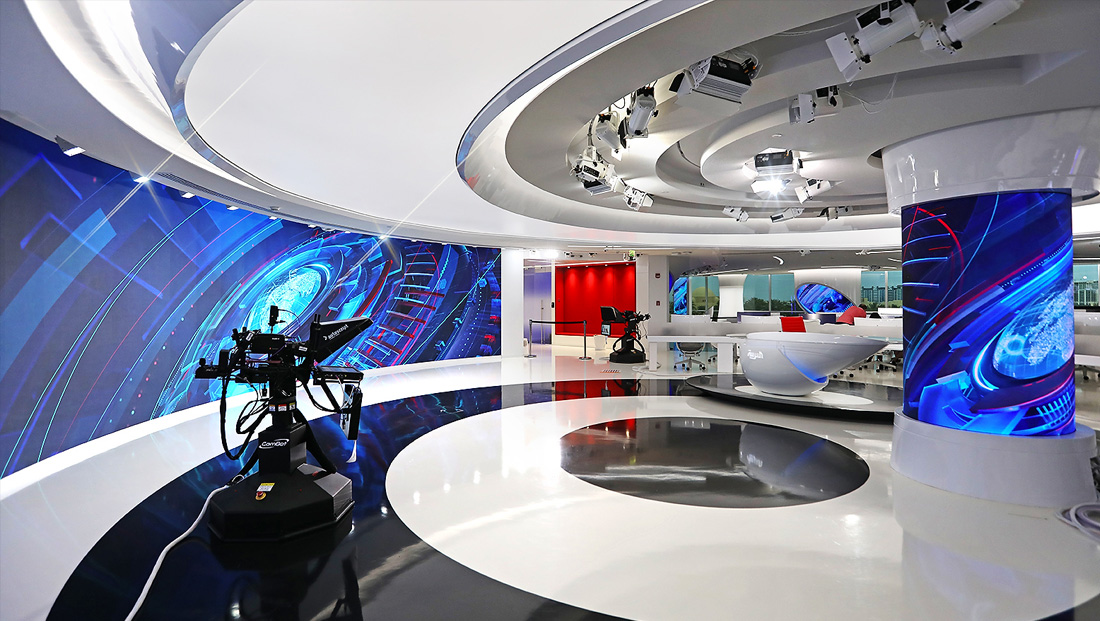 “As part of an overhaul of its on-air look, Al Arabiya (العربية‎) constructed a massive newsroom and studio with sweeping views of Dubai that’s also packed with loads of LED video panels and a sleek, modern design with daring and dramatic twists,” reports NewscastStudio.