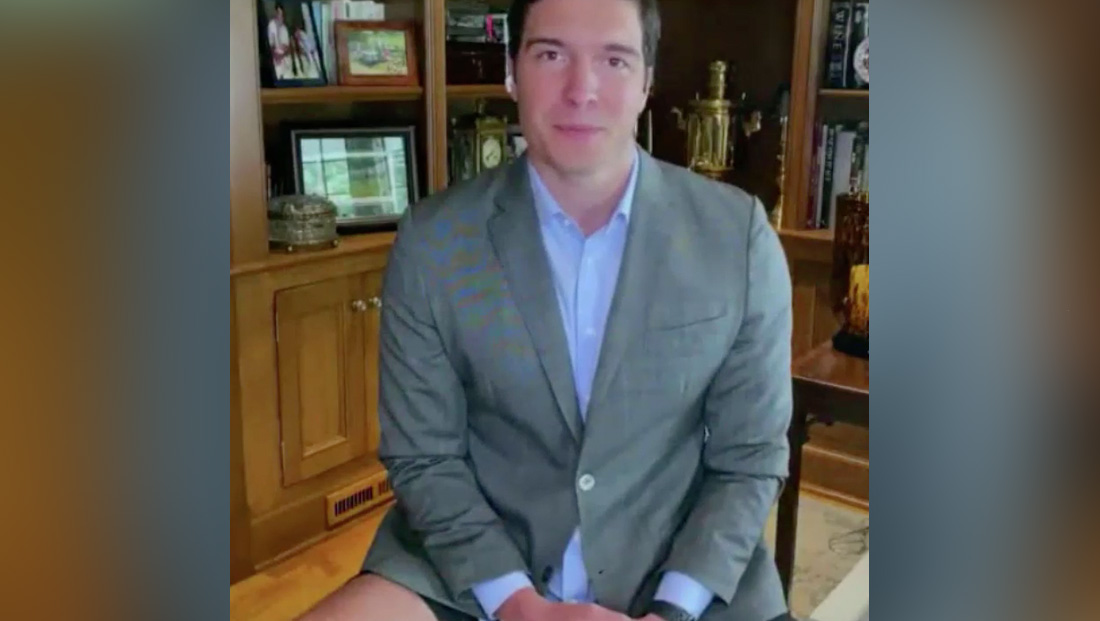 Reeve appeared on the show about a pilot program to use drone delivery for prescriptions and when the network cut back to his home live shot, he was wearing a jacket and blue shirt.

However, as he was wrapping up his report, his bare legs were just visible under the show’s lower third insert graphic.

When the network cut to a two box on Reeve and the anchors back in the studio his bare leg become even more visible.

Reeve later took to Twitter saying he was wearing shorts — though what look like some rather short shorts.

😂🤦🏻‍♂️those are shorts I promise