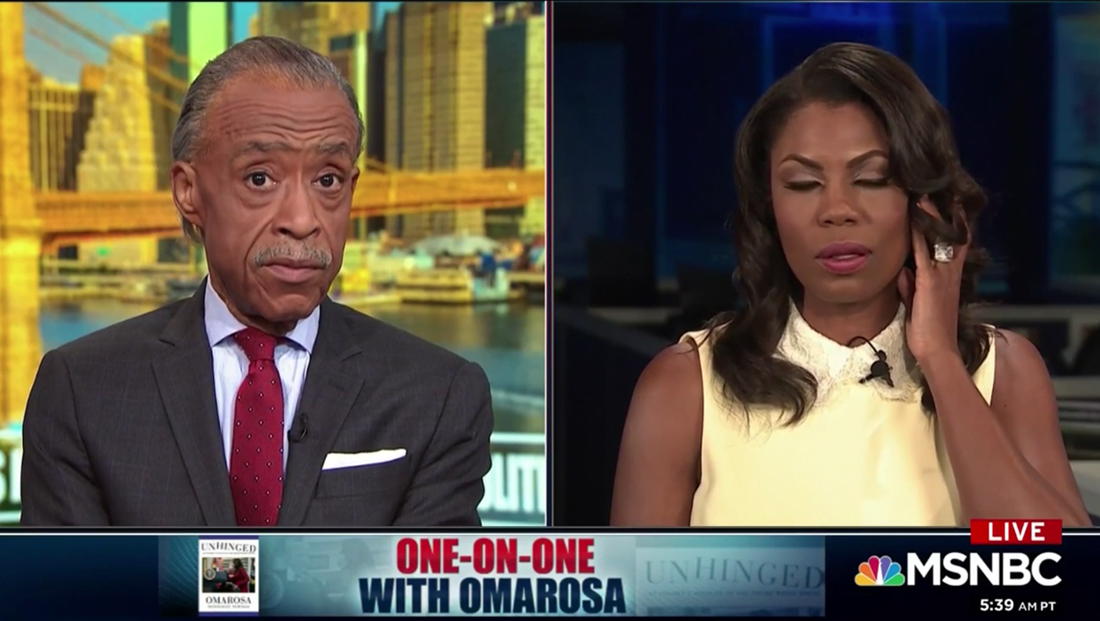 The Rev. Al Sharpton managed a big “get” for his Sunday morning MSNBC show “PoliticsNation” — former Donald Trump aide Omarosa Manigault Newman — but her interview took place from a desolate looking newsroom and was plagued with awkward moments.

.@TheRevAl can't spell 'Respect' — even though the song tells you how to https://t.co/IAaGjIqu5l #TVNews #BroadcastNews pic.twitter.com/mguJ0aeoKR