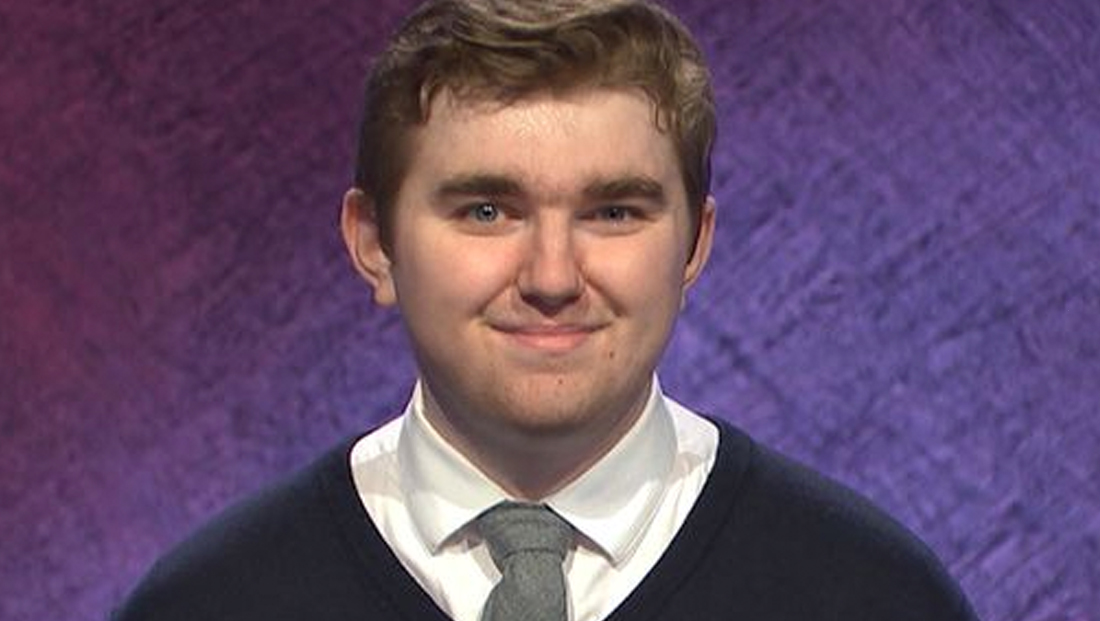 Brayden Smith, the 24-year-old who was the last major “Jeopardy!” champion before longtime host Alex Trebek’s death has died.

A cause of death was not disclosed.

Smith appeared on the show in episodes that aired in December 2020 and January 2021 and won five games and $115,798. His five game winning streak would have made him eligible to compete in the show’s annual “Tournament of Champions.”

Smith appeared in a total of six episodes but lost the day of his sixth appearance.

Trebek died Nov. 8, 2020, after a battle with pancreatic cancer and Smith’s appearances aired on episodes that were taped in October 2020 before Trebek’s death. Trebek had indicated he wanted any episodes he appeared in to air even in the event of his death.

Smith won his first game in the Dec. 15, 2020 episode. His run was interrupted by two weeks of repeat episodes from past seasons highlighting Trebek’s travels around the globe to tape on location clues.

His winning streak continued to air Jan. 4 and 5, 2021 with Trebek still as host.

“We are heartbroken to share that our dear Brayden Smith recently passed away unexpectedly. We are so grateful that Brayden was able to live out his dream on @jeopardy,” an account attributed to Smith’s mother tweeted Feb. 12, 2021.

We are heartbroken to share that our dear Brayden Smith recently passed away unexpectedly. We are so grateful that Brayden was able to live out his dream on @jeopardy. pic.twitter.com/e5x18xGcxV

Smith was nicknamed “Billy Buzzsaw” by Trebek — a nod to his knack for cutting through the game and his rival constants.

Both Trebek and fans were drawn to Smith’s impressive knowledge and youth.

Smith’s obituary, which uses an image from his appearance of the show, noted that Smith lived in Las Vegas and had a degree in economics.

It goes on to note he planned to attend law school with the goal of becoming a lawyer for the federal government.

He is survived by his mother and father Scott and three brothers ages 15 to 26.