Chris Cuomo calls it like he sees it on first debate: ‘Tonight was a shit show’ 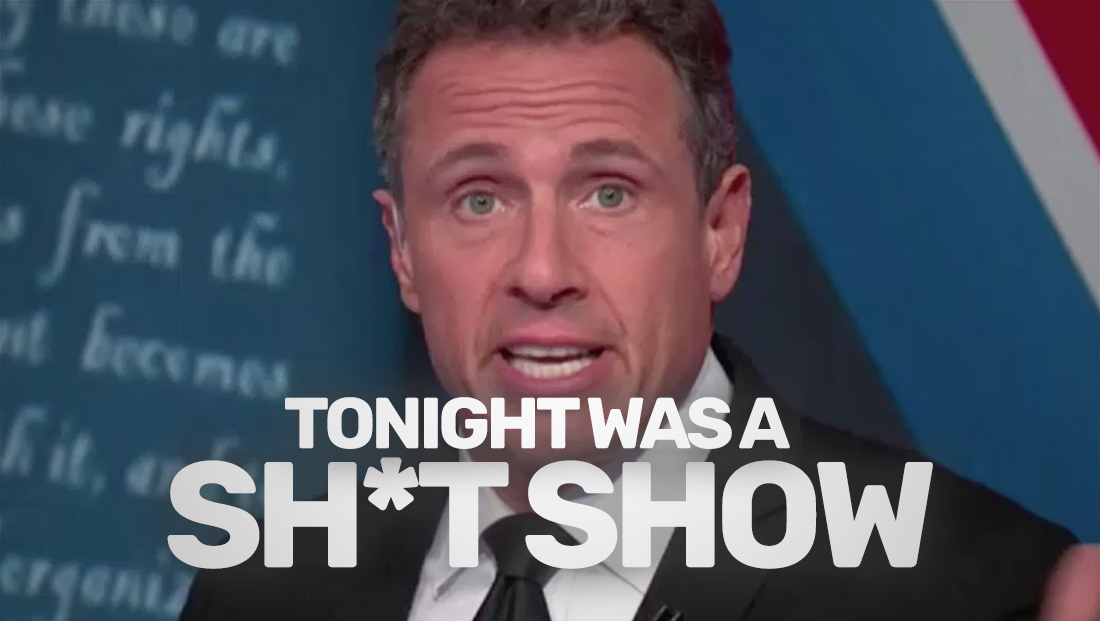 CNN anchor Chris Cuomo resurrected Donald Trump’s offensive comment about Central American countries being “shitholes” in post debate analysis — and used a twist on it to describe what many are decrying as a “disaster” of a debate.

That original comment, made in January 2018, was uttered on air by select networks given the profound weight the word choice brought to the story.

Normally “shit” is one of a handful of words that network censors do not allow on broadcast network programming, though there are exceptions, especially in news stories.

Cable generally has less strict restrictions but most networks will reserve profanity for later in the evening.

During early morning coverage the day after the debate, Cuomo was on set with Don Lemon discussing the event that just unraveled.

“Chris, what we saw tonight was not normal,” noted Lemon.

“One other time in this administration we have been forced to say it exactly as it is, because the vulgarlity is not in the language it’s in the reality,” Cuomo noted. “When he said ‘shithole countries,’ we said it because it was so offensive, so obscene it had to be.”

“Tonight what as a shit show,” Cuomo declared as Lemon could also be heard muttering the phrase.

“If any kids are up right now, even on the west coast, you should go to bed. That’s much more of a problem than the language,” Cuomo concluded.