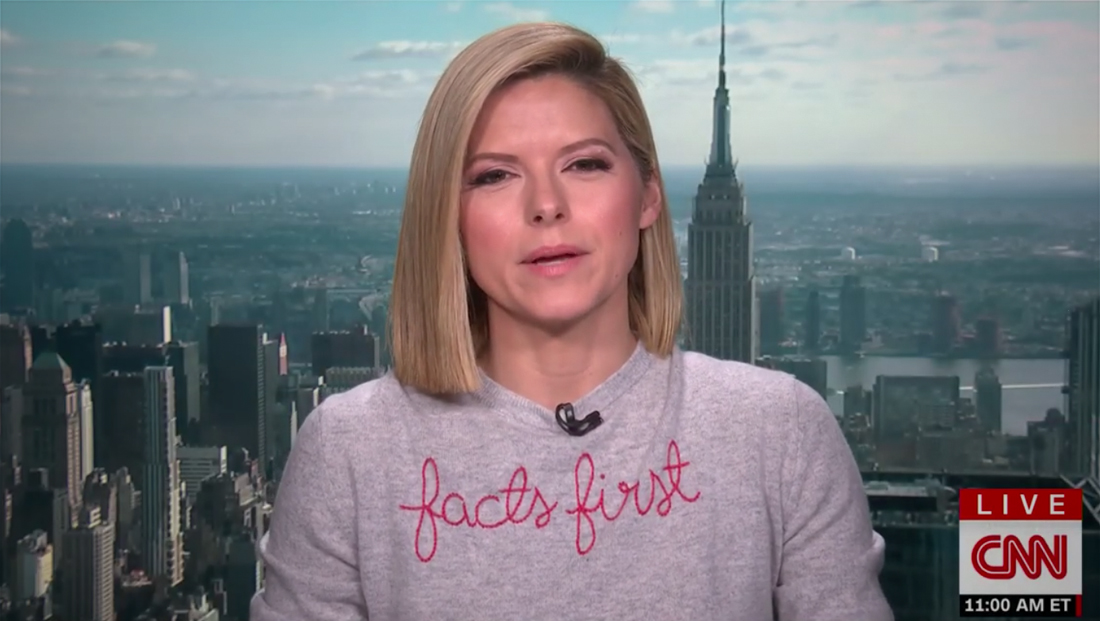 Bolduan, who anchors the 9 a.m. eastern hour of “CNN Newsroom” (previously known as “@This Hour”), wore the gray sweater with red script lettering and fans were quick to praise her fashion choice.

Reporting by HuffPost revealed Bolduan’s sweater was a custom corporate placed order by CNN from New York based Lingua Franca.

The company is now selling the “hand embroider to order” sweaters to public for $380 a pop.

CNN has used the “facts first” tagline for multiple promos and campaigns over the past few years as it was frequently the target of Donald Trump and his surrogates for reporting “fake news.”