CNN appears to rise to top of Chauvin verdict ratings 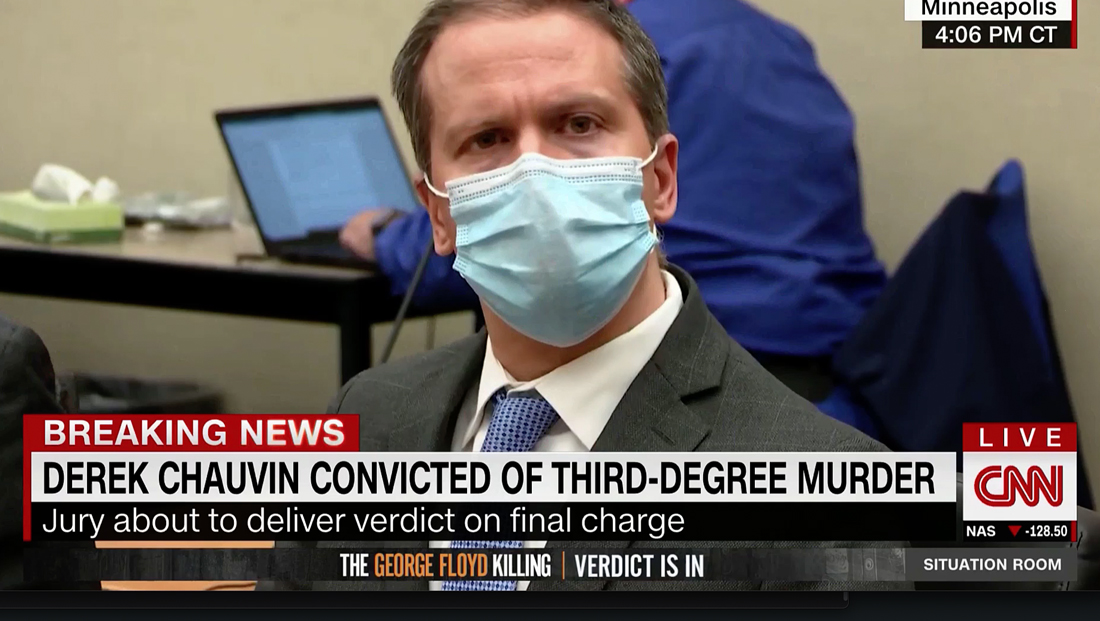 CNN appears to have drawn the most viewers for coverage of the Derek Chauvin trial verdict according to initial data released by Nielsen.

The company’s live plus same day fast ratings show CNN with 4.028 million U.S. viewers from 4:30 to 6:30 p.m. eastern (the verdict was announced just after 5 p.m. eastern), according to Variety.

ABC News was closely behind with 4 million viewers.

Fox’s cable network garnered 3.44 million but then went on to win primetime when its right leaning personality driven opinion shows take over. Fox often wins the ratings race but has faltered at times since Donald Trump’s re-election loss, with CNN often winning in key ratings races.

CNN also appears to have topped rivals in the adults age 25-54 demo, with 1.46 million.

Data for the NBC network was not immediately available.

While all major U.S. networks offered live coverage of the verdict, CNN did appear to focus heavily on branding its coverage, including doing away with its normal ticker in favor of a “The George Floyd Killing” graphic along the bottom of the screen for much of Monday, April 19, 2021 and Tuesday, April 20, 2021.

Its orange, black and white look was similar in some ways to MSNBC’s. ABC and CBS used special opens for coverage, with NBC sticking it its normal special report look.