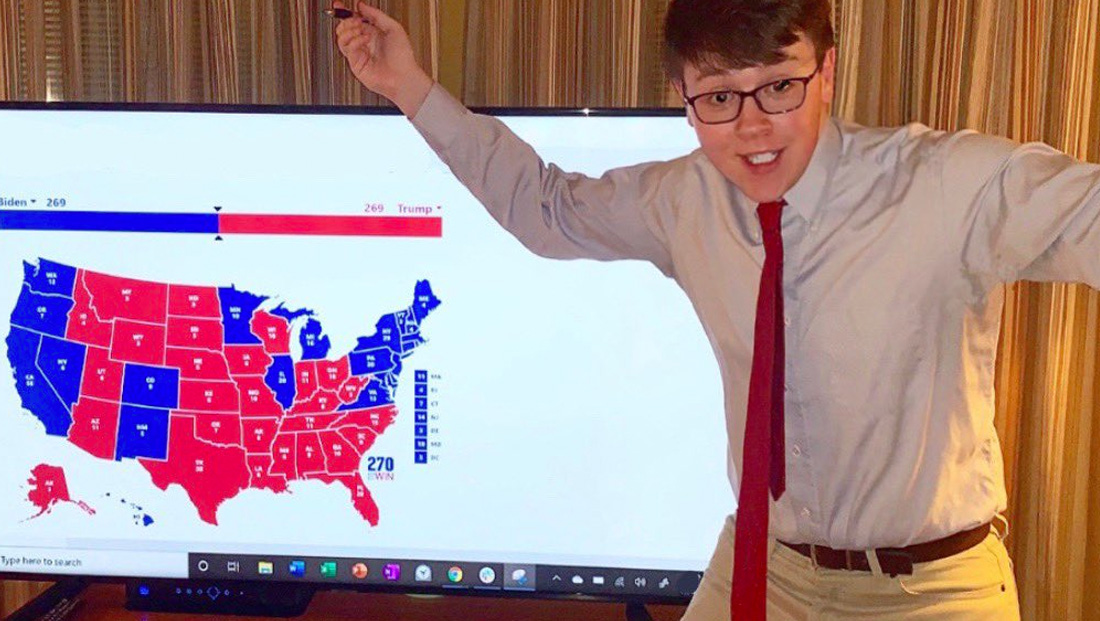 College student Keith L. Nagy might have won the best journalism related costume award of 2020 with his rendition of MSNBC’s Steve Kornacki and an electoral college “tie.”

Nagy, who temporarily has changed his Twitter bio name to “crucial waukeitha county (sic),” posted a photo of him dressed in shirtsleeves a la Kornacki standing in front of a TV screen with an electoral college map — even using one of Kornacki’s now trademark enthusiastic poses.

The map on the screen behind him appeared to show a theoretical electoral college tie — with no candidate reaching the required 270 to win.

In another shot, he held up his tie that had “269-269” written on the back — a pun on a “tie” in the electoral college, both in the sense of equal totals and as in a necktie itself.