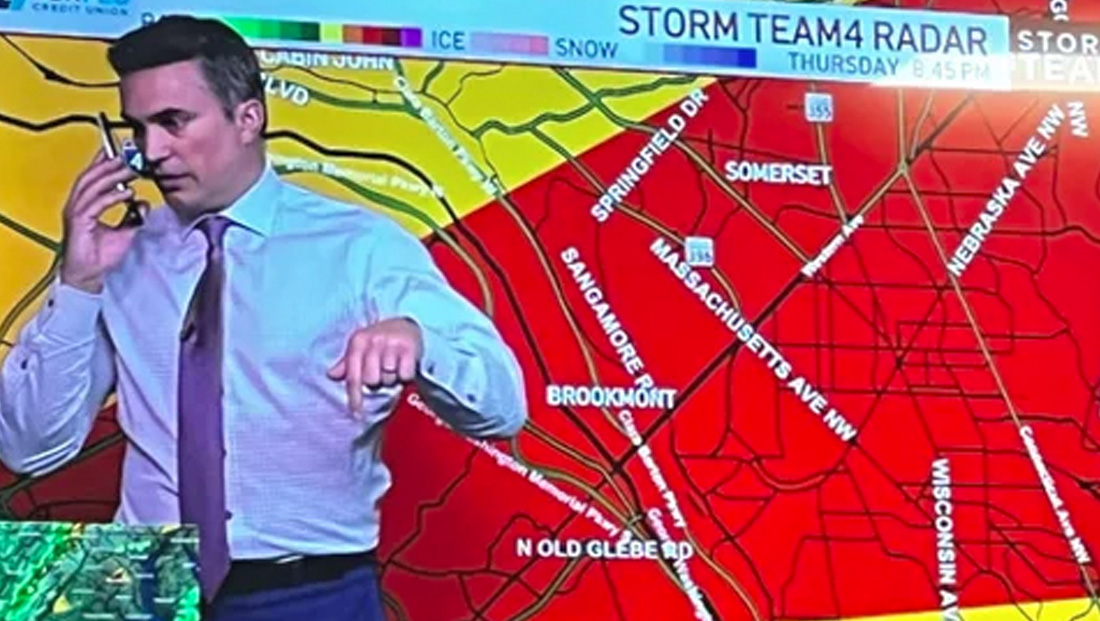 A Washington, D.C. forecaster paused in the middle of a live report to call home and warn his family of an approaching storm system.

Doug Kammerer, the chief meteorologist at NBC owned WRC, was standing in front of a weather map March 31, 2022 as he normally would during special weather coverage the station was airing due to the large portion of the viewing area under National Weather Service tornado warnings.

He was using a view in the station’s weather system that allows hyperlocal views of a storm’s potential path and realized his neighborhood was right in the path, so he pulled out his cell phone and quickly called home to warn his kids to get in the basement.

“Gotta warn my kids,” he explained to viewers after conveying the message to his son, who apparently answered the phone.

Yes, had to warn my family! Kids were home alone and I knew they were not watching me on TV! They are safe. Thank you! Scary moment for me though, I was freaking out inside a bit. https://t.co/To8mPxibBh

Later, in a tweet, Kammerer noted his “Kids were home alone and I knew they were not watching me on TV!” and that “I was freaking out inside a bit.”

Fortunately, the tornado warning was canceled shortly after Kammerer made the call and his family was unharmed.