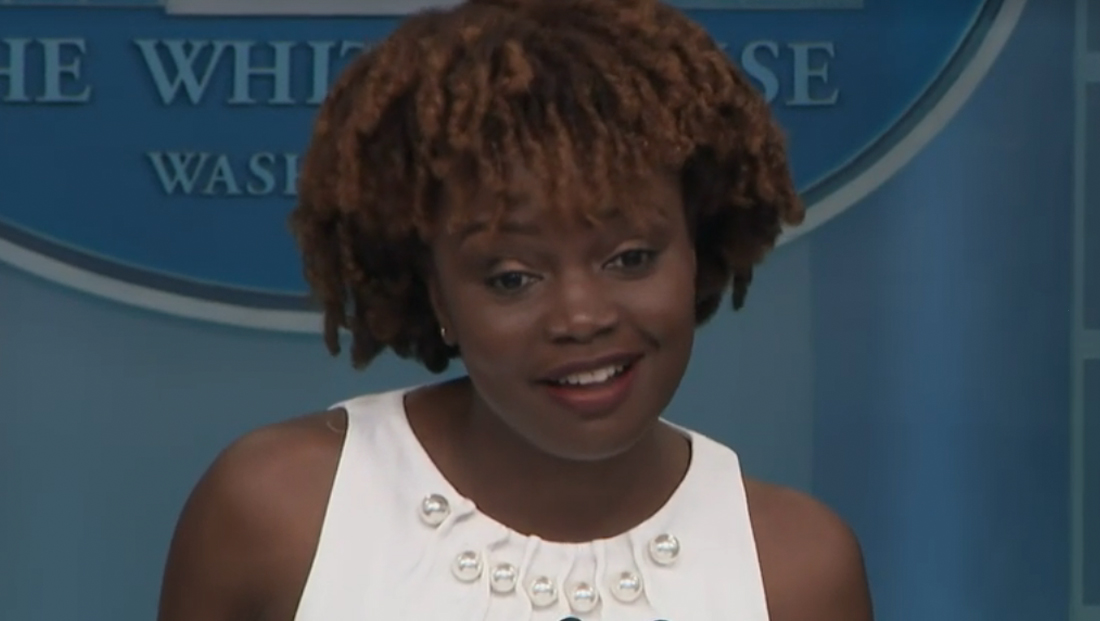 White House Press Secretary Jen Psaki has officially announced she’s leaving her post May 13, 2022 — reportedly headed for a job at MSNBC — and will be replaced by the first Black and openly LGBTQ+ person to hold the job.

Karine Jean-Pierre, who is currently principal deputy press secretary and has filled in for Psaki at briefings, will take over May 14, 2022.

“Karine not only brings the experience, talent and integrity needed for this difficult job, but she will continue to lead the way in communicating about the work of the Biden-Harris Administration on behalf of the American people,” said President Joe Biden in a statement.

In May 2022, Jean-Pierre was the second Black woman in history to appear at the lectern of a daily White House press briefing (which is distinct from having the official title of press secretary).

Jean-Pierre is in a long-term relationship with CNN national correspondent Suzanne Malveaux. The couple has a daughter.

Malveaux is based in Washington, D.C., as is Jean-Pierre. According to her CNN bio, her job includes “covering national and international news and cultural events,” an assignment that appears to be designed to avoid any conflicts of interest given Jean-Pierre’s role in the White House.

Psaki, meanwhile, is reportedly set to join MSNBC, according to a CNN report in April 2022. She had previously stated her intention to only remain in the position for a year after starting on inauguration day 2021.