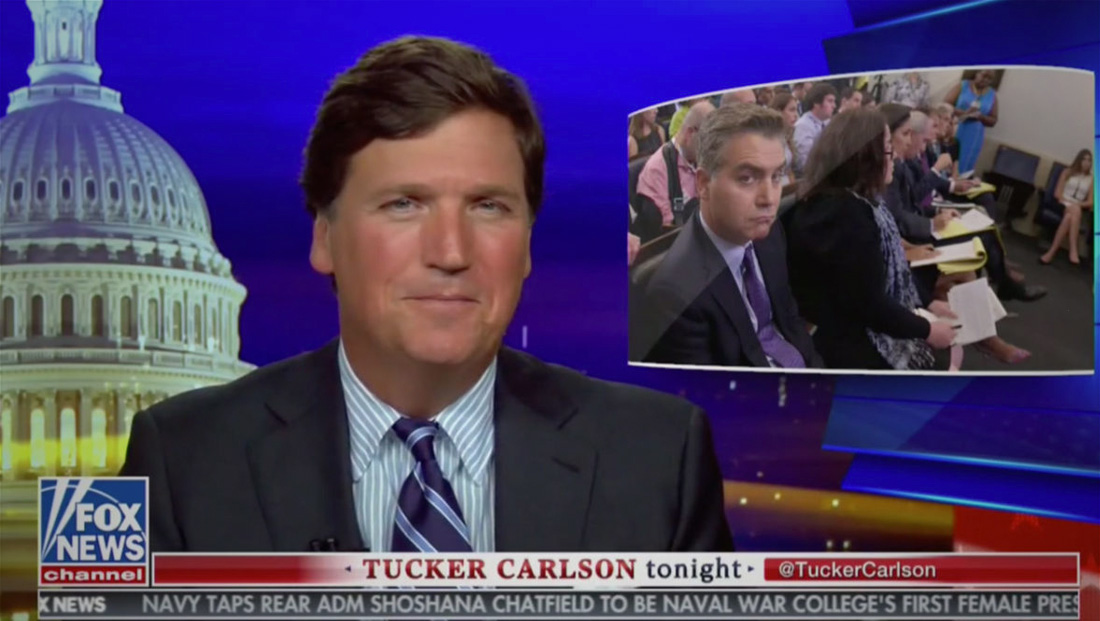 After a writer for “Tucker Carlson Tonight” was revealed to be the alleged person behind a series of racist, sexist and other offensive remarks in an online forum, the network has issued a statement about the situation that eventually lead to the resignation of that writer, Blake Neff.

The company’s CEO Suzanne Scott and President Jay Wallace co-signed a statement to the media:

Yesterday we learned that now former employee Blake Neff, a writer on Tucker Carlson Tonight, made horrendous and deeply offensive racist, sexist and homophobic comments under a pseudonym on the forum AutoAdmit.

We want to make abundantly clear that Fox News Media strongly condemns this horrific racist, misogynistic and homophobic behavior. Neff’s abhorant conduct on this forum was never divulged to the show or the network until Friday, at which point we swiftly accepted his resignation. Make no mistake, actions such as his cannot and will not be tolerated at any time in any part of our work force.

Tucker will be addressing this on his show on Monday night.

It’s been rough few weeks for Fox, with Tucker Carlson’s namesake show losing advertisers over his offensive remarks and the network announcing it had fired host Ed Henry for sexual misconduct.