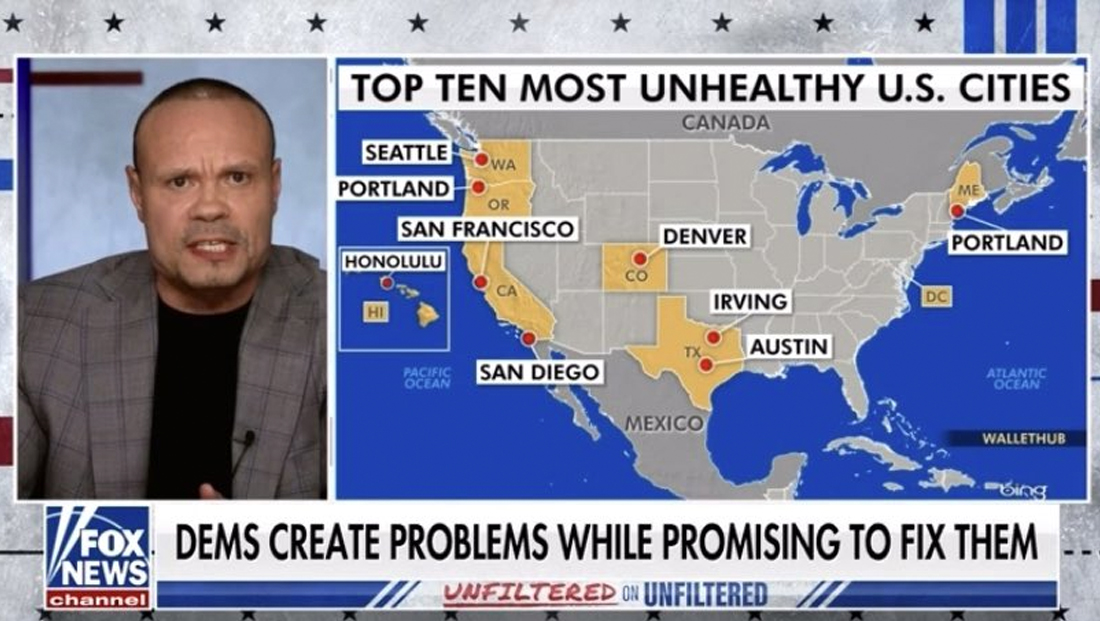 Fox’s “Unfiltered with Dan Bongino” managed to make both geography and basic data analysis errors in a graphic claiming to list the “top ten most unhealthy U.S. cities” in an attempt to slam “dems” leading those cities.

Technically the data wasn’t actually shown on screen and the network also managed to mix up Irving, California, for Irving, Texas, on the map graphic it showed.

The graphic contained a credit line for WalletHub as a source.

I went to the source cited in this graphic and I’m not sure what happened here pic.twitter.com/3E1S3Dzvhg

A sharped eye Twitter user with the handle @Acyn decided to check that source and it turns out the map Fox aired was actually showing the top ten healthiest (as in without the “un”) cities in America, as shown in the screenshot below. 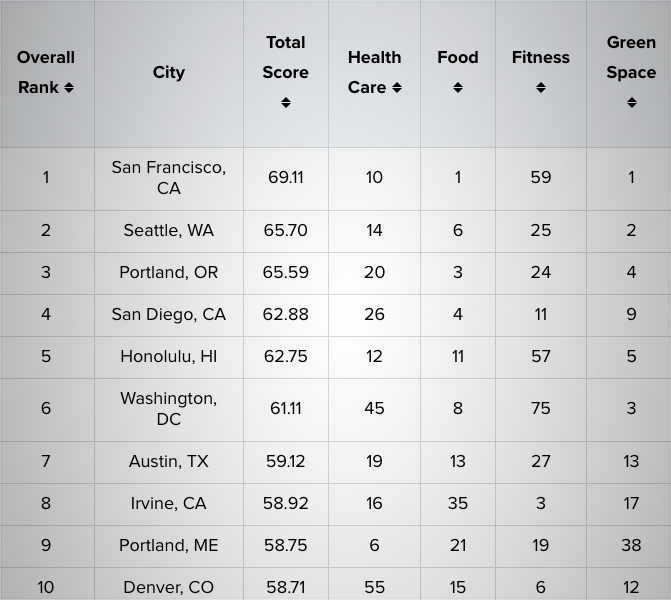 So, Bongino’s argument about how “unhealthy” cities run by “dems” actually managed to counter, at least in part, the argument he was trying to make.

The headline of the WalletHub post in question is headlined “Healthiest & Unhealthiest Cities in America,” so perhaps the inclusion of the word “unhealthiest” in that tripped up a Fox staffer dashing off a quick search for data to use on the show.

However, just above the chart is a section heading that clearly reads “Healthiest Places to Live in the U.S.”

During the repeat of the show later that night, Fox removed the graphic in place of B-roll footage depicting those experiencing homelessness (Bongingo’s on air commentary about residents of Democratic-lead cities being more likely to die was left in).

All 10 of those locales are in red states; many of them deep red. The top 10 list includes a mix of red and blue states, with many of the cities in bluer areas of the state.

Bongino was recently permanently banned from YouTube for posting misinformation about COVID-19 and for attempting to circumvent an initial suspension by allegedly posting on another account he operates.

It’s also probably a bit disingenuous to declare the map and data here illustrates the “Top 10 most unhealthy U.S. cities” (or even “unhealthy” for that matter) when the data sourced really was illustrating the healthiest cities to live in (emphasis on “live in”).

Of course, “healthy” is a relative term, but the methodology outlined on the NerdWallet post takes access to health care, food, fitness and green space into consideration, among other factors.

The site used a variety of hard datapoints and self reported factors ranging from COVID-19 deaths per capita to “premature death rate” to how many “mentally unhealthy” days respondents said they had in the past 14 days.

No matter what the article ended up showing or whose point it was linked to, it should have been at least presented with much more context and, most likely, a better explanation of the source and methodology.