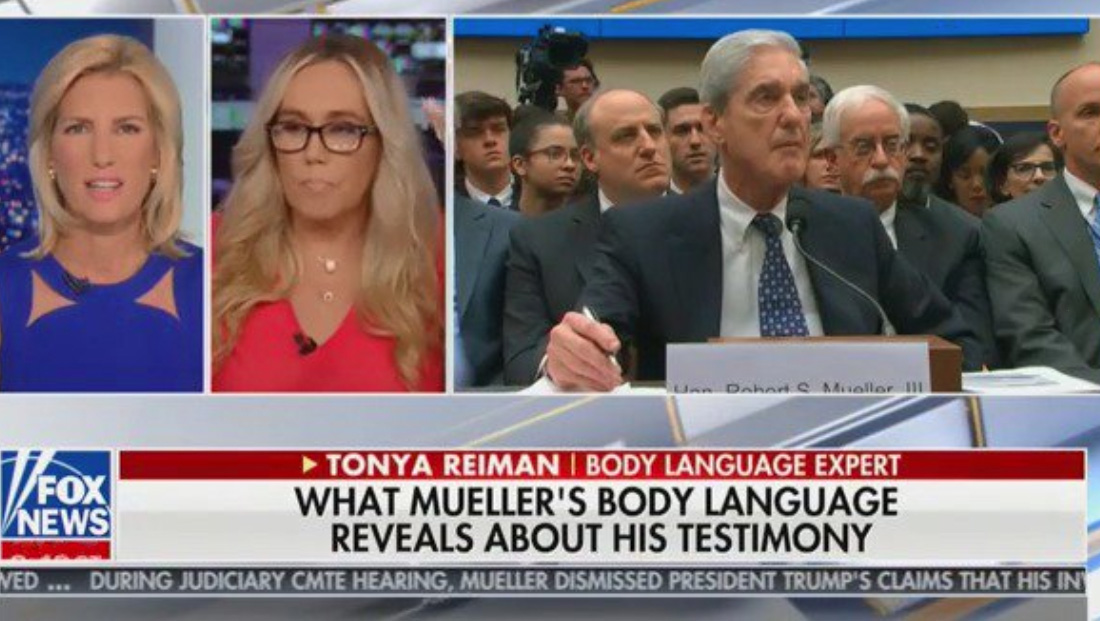 After the Robert Mueller testimony July 24, 2019, the cable Fox channel that airs “The Ingraham Angle” interviewed a “body language expert” with little formal training in psychology.