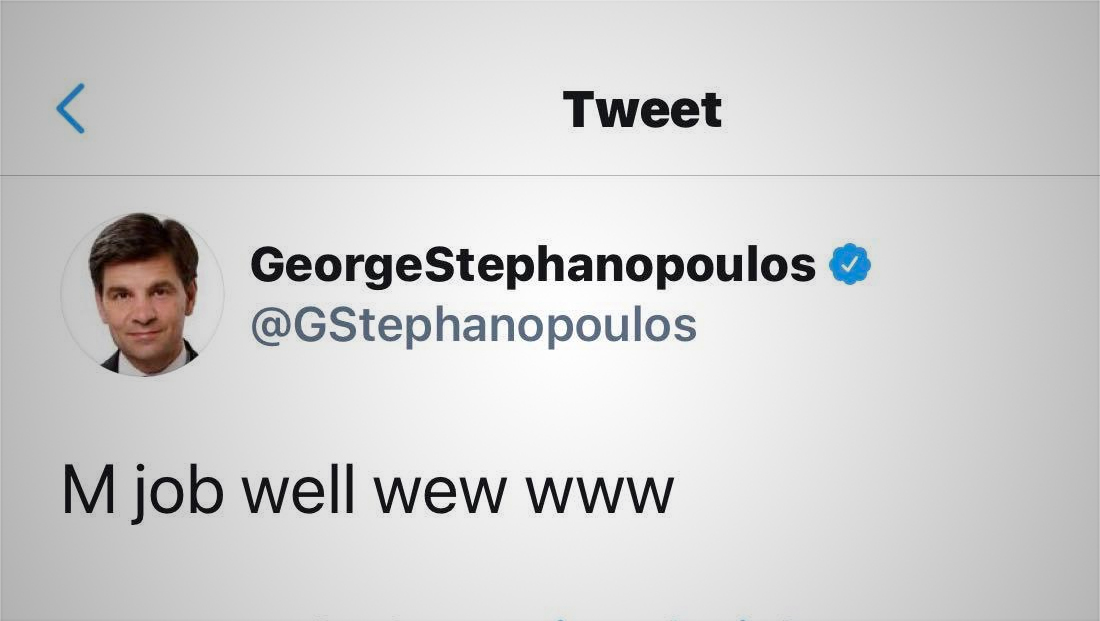 It’s not clear if the tweet was the result of someone gaining unauthorized access to Stephanopoulos’ account or perhaps just a case of “butt tweeting.” The fact that “W” and “E” are close together on the keyboard could be evidence of the latter.

Stephanopoulos’ account is not super active to begin with; a quick glance at his timeline revealing his most recent original tweet was July 24, 2021. Prior to that, he would often reply or retweet every day or so, with some gaps here and there, though his account was more activate during his guest stint hosting “Jeopardy!”