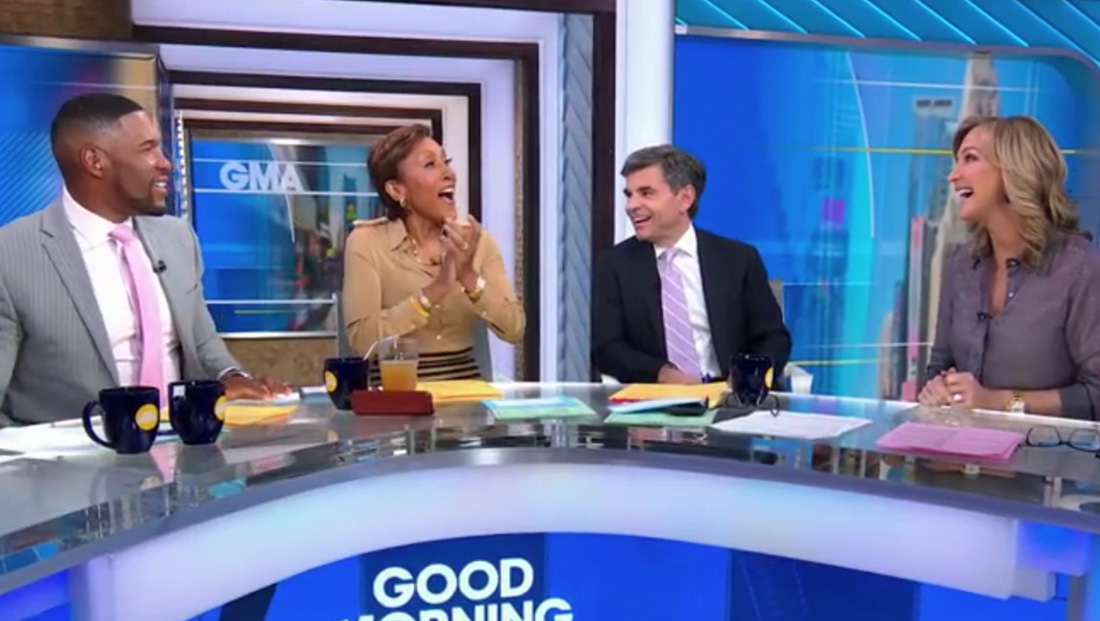 Much of the show’s second hour, starting at 8 a.m. eastern, typically originates from the second floor portion of the Times Square studio with a studio audience.

However, Wednesday, the day many NYC based shows stopped opening their studios to the public, the second hour originated from downstairs, including having Lara Spencer join Robin Roberts, George Stephanopoulos and Michael Strahan at the main anchor desk.

Spencer typically hosts more pop culture, entertainment and lifestyle segments from the second floor, with the other co-anchors joining her at a different, less formal anchor desk.

A sofa setup was also used for an in studio interview.