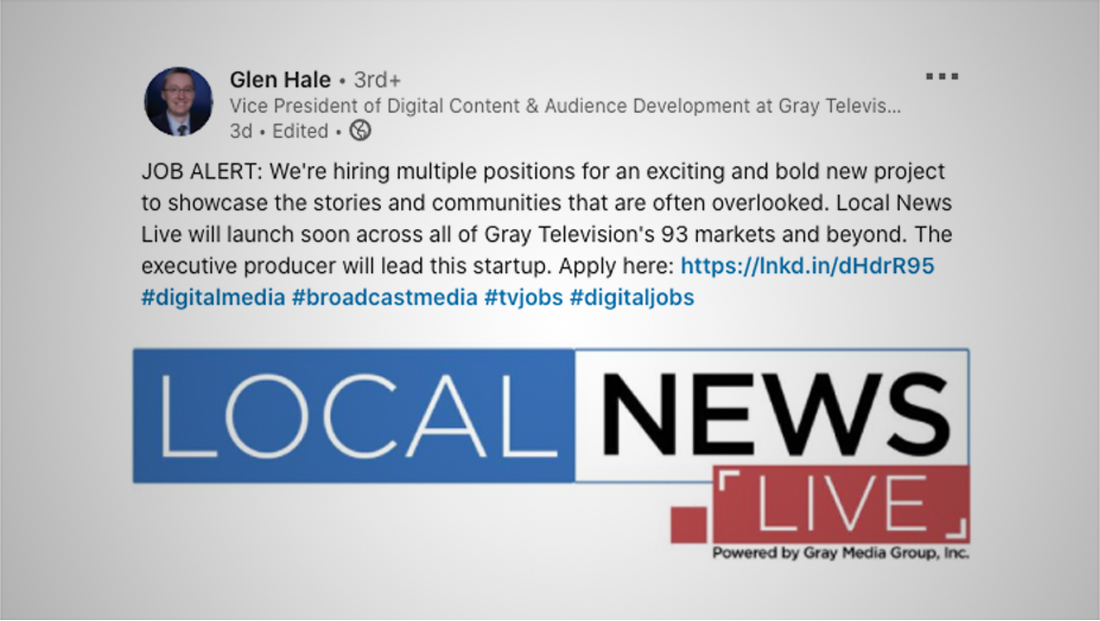 Gray Television appears to be poised to launch an “exciting and bold new project to showcase the stories and communities that are often overlooked,” according to a job posting from an executive on LinkedIn.

Glen Hale, Gray’s vice president of digital content and audience development posted a link to a job posting for executive producer for a potential service Aug. 21, 2020.

A Gray spokesperson said the group is not launching a “streaming network” but is at work on “plans to augment how our stations serve our local communities.”

“Local News Live will launch soon across all of Gray Television’s 93 markets and beyond. The executive producer will lead this startup,” reads Hale’s post, which also included a potential logo.

According to the posting, the service will be available in over 100 markets via Roku, Fire TV, Apple TV and stations’ news websites and apps.

The EP will work out of WOWT in Omaha, Nebraska.

It’s not immediately clear what format the service will take — such as a local or regional tilt like CBSN or a single national feed along the lines of NewsNow from Fox, though the job posting lists the EP’s responsibilities as including identifying “strongest local content for distribution across Gray OTT, news apps and websites for real-time distribution.”

Gray said it will announce more details when they are available.