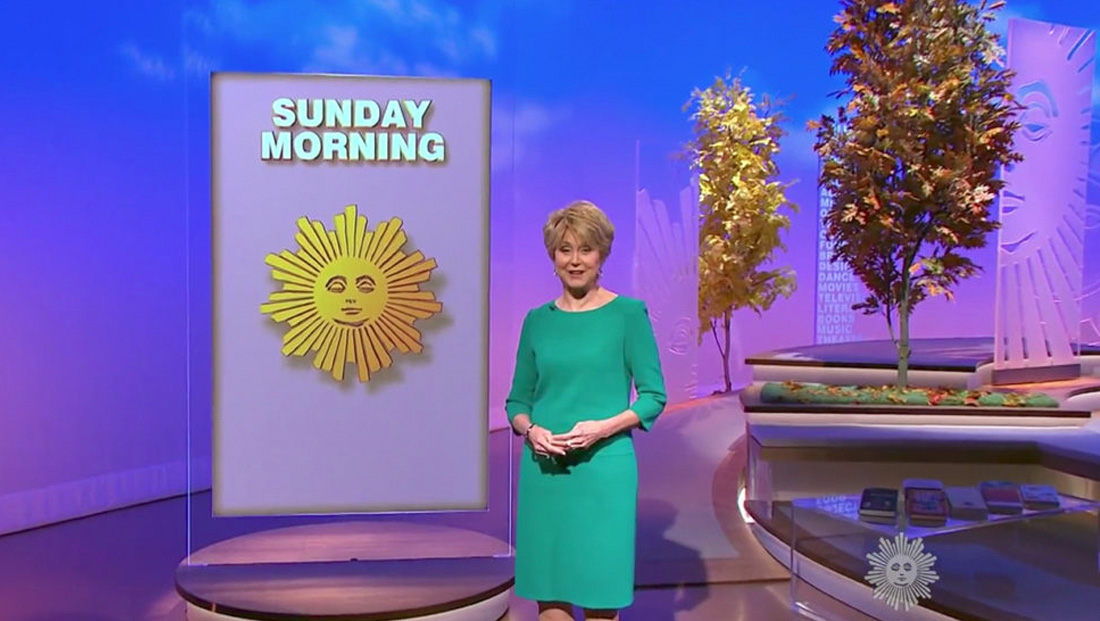 “CBS Sunday Morning” anchor Jane Pauley returned to the show Sunday, April 5, 2020 for the first full show since the CBS Broadcast Center was mostly closed due to the coronavirus outbreak.

Though Pauley made an appearance on Sunday, March 29, 2020’s edition, Lee Cowen handled most of the anchoring duties from Los Angeles as he did March 22, 2020.

Before that, Pauley had appeared in a taped open on March 15, 2020, introducing a repeat of the show’s 40th anniversary edition taped in Studio 45 as normal.

April 5’s edition was the first one that Pauley helmed completely since CBS mostly closed its New York news facility.

However, she was not back on the Studio 45 set — instead she appeared to be chroma keyed in front of still images of the set.

Some of the elements behind her appeared to be superimposed or simulated.