Jeopardy! will stick with Ken Jennings and Mayim Bialik for the rest of the season 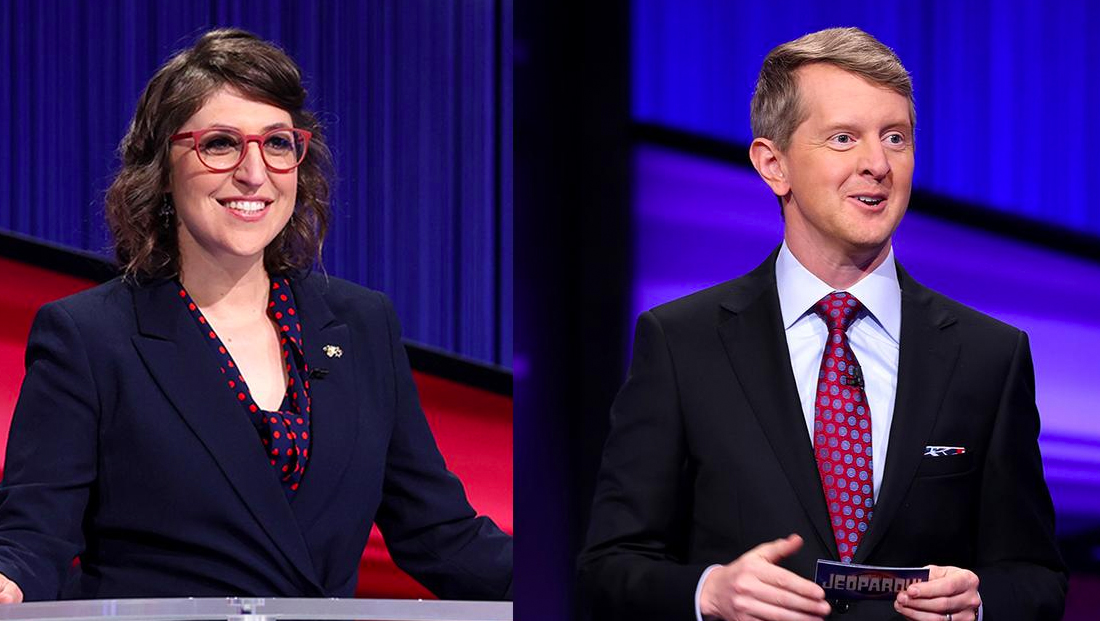 “Jeopardy!” has kicked the can down the road again when it comes to picking a permanent replacement for the late Alex Trebek.

The show announced Dec. 8, 2021, that Ken Jennings and Mayim Bialik, who have both been taking turns behind the host lectern, will continue to do so for the remainder of the 38th season, which runs until 2022.

The announcement was posted to the show’s official social media accounts.

The syndicated quiz show previously announced the duo would share hosting responsibilities through the end of 2021.

“Jeopardy” is in search of a new host after longtime host Trebek died in November 2020. The show used a rotating series of guest hosts, including both Jennings and Bialik, to fill out the rest of the season after episodes that Trebek taped before his death were exhausted.

Other guest hosts included the likes of Robin Roberts, Katie Couric, Aaron Rodgers and LeVar Burton, among others.

Included in that mix was Mike Richards, the executive producer of the show and its sister show “Wheel of Fortune.” Insiders said that Richards “orchestrated” his turn behind the lectern by taking advantage of what was called a minor scheduling conflict with one of the celebrity guest co-hosts that could have, at least reportedly, been easily accommodated.

Richards would go on to be named the new host of “Jeopardy!,” with Bialik signed to host primetime special versions of the show for ABC.

However, after accusations of alleged improper conduct by Richards at a previous job continued to be amplified, Richards was forced out both the host and EP role (fans weren’t happy with the decision either, given that Richards appeared to essentially give himself the job, though he claimed the ultimate decision was up to executives at Sony).

Richards taped just one day of shows — or five episodes — that aired as planned despite the fact he was no longer with the show by that time.

Michael Davies was appointed interim executive producer and will continue in that role through 2022.

The decision to keep rotating between Jennings and Bialik will give the show’s producers time to continue to evaluate each host and how viewers respond to them before making a final decision on who will take over the iconic, highly profitable game show.

It’s worth noting that the show could, potentially, continue using both hosts or go an entirely new direction, however, when it makes the final call on host.

Although no word has been made public about negotiations, it’s also possible that Sony and “Jeopardy!” are still working things out with their ultimate pick for permanent host, whether it be Jennings, Bialik or someone else.

Jennings already signed a deal with the show to be a consulting producer and appear in taped clues and Bialik was already under contract to host the primetime shows.

In an interesting twist, Bayim has been introduced as “the host of ‘Jeopardy!'” by announcer Johnny Gilbert, when Jennings enters with “now, hosting ‘Jeopardy!’, Ken Jennings.”

It’s not clear if that convention will continue through 2022.

One thing that’s likely holding up a final decision on host, assuming Jennings and Bialik are under consideration either separately or together, is that both have other commitments at this point.

Jennings is a “chaser” on ABC’s “The Chase” and Bialik is working on the second season of the Fox sitcom “Call Me Kat.”

“Jeopardy!” and ABC already have a solid longtime relationship, so it’s possible Jennings could appear on both shows (even though not all ABC stations carry “Jeopardy!” but “The Chase” is on all affiliates). Not only did ABC sign a deal with Sony to air primetime installments of both “Jeopardy!” and “Wheel,” but the show airs on most ABC owned stations in major markets.

Meanwhile, Bialik’s sitcom only brought in mediocre ratings, especially compared to her wildly successful stint on “The Big Bang Theory.”

Many were surprised when “Kat” got a second season given its performance, but Fox went ahead with the show, likely hoping to bank on Bialik’s star power to get ratings to perk up.

The second season of “Kat” isn’t premiering until January 2022 so it obviously remains to be seen how it will fare in the ratings.

“Kat” is a multicamera comedy, which typically take a full week to produce, and Bialik also is executive producer, so she may have other commitments to the show as well.

However, the show is only slated for a 13 episode season, which is shorter than most sitcoms, so that could play help with Bialik’s availability.

Bialik is currently hosting the show’s first ever Professors Tournament that started airing Dec. 6, 2021 but was taped out of sequence in the fall (normally “Jeopardy!” can’t tape out of order since it has a returning champion, but tournaments, because they “stand alone” are the exception to that rule).

“Jeopardy!” is produced by Sony Pictures Television and distributed by CBS Media Ventures.