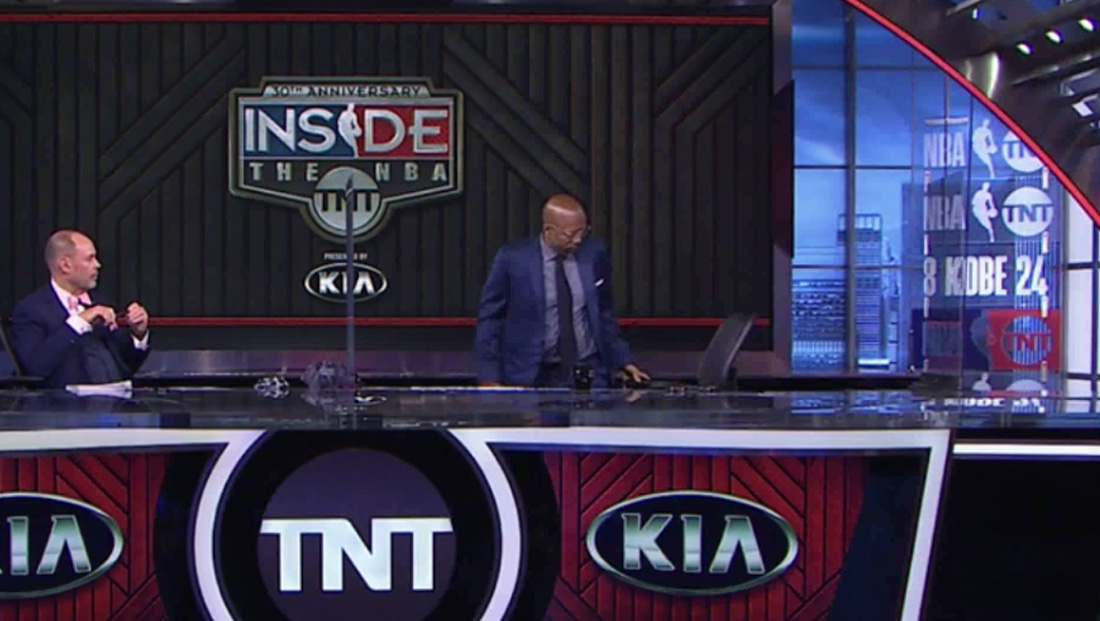 Former NBA player and current pro basketball commentator Kenny Smith walked off the set of “Inside the NBA” in solidarity with the league’s Wednesday, Aug. 26, 2020 strike.

The on air team, which included Smith and fellow former NBAers Shaquille O’Neill and Charles Barkley, who are both Black, and Ernie Johnson, were discussing the NBA strike that was done to protest the police shooting of Jacob Blake earlier in the week.

Smith appeared emotional and struggled to find words to explain his feelings — saying “right now, my head is, like, ready to explode.”

“… for me, I think the biggest thing now is to kind of, as a Black man, as a former player, I think it’s best for me to support the players and just not be here tonight.”

At that point, he turned off his mic and began unhooking the wires that presumably provided links for the various broadcast equipment on his person.

“And figure out what happens after that. I just don’t feel equipped to be out here,” he could be heard saying after his switching his mic off. These statements were picked up by the other open mics on set.

He then carefully got up from his chair and walked off the set, with a camera capturing him walking toward the exit.

“And I respect that,” said Johnson, before O’Neill began noting significance of such a team decision.