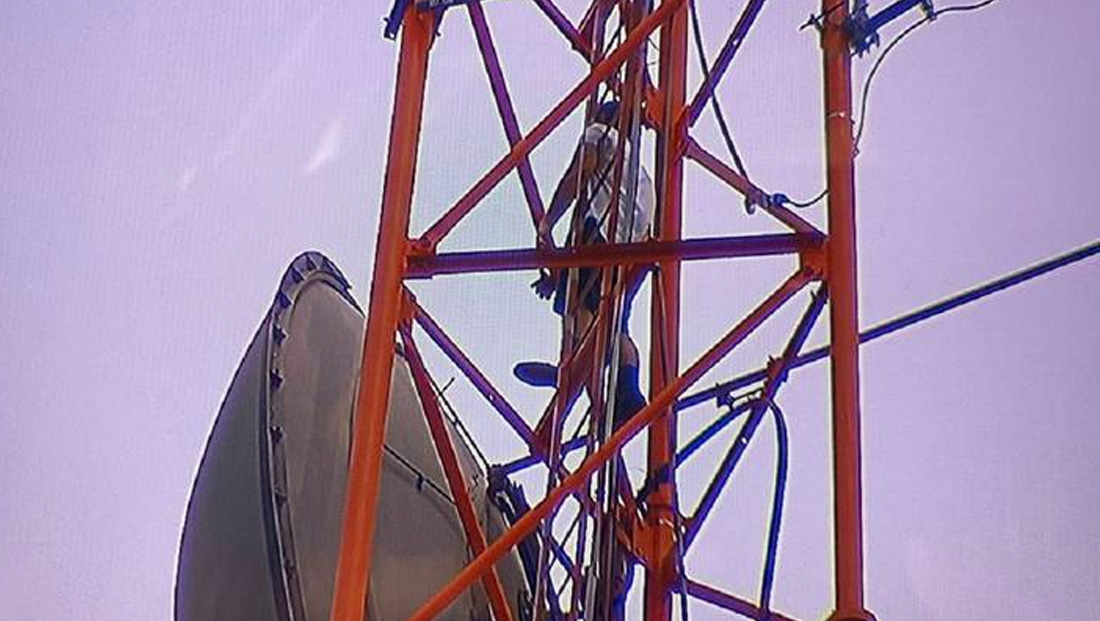 A man climbed into a secure area and climbed up a television transmitter tower in Orlando.