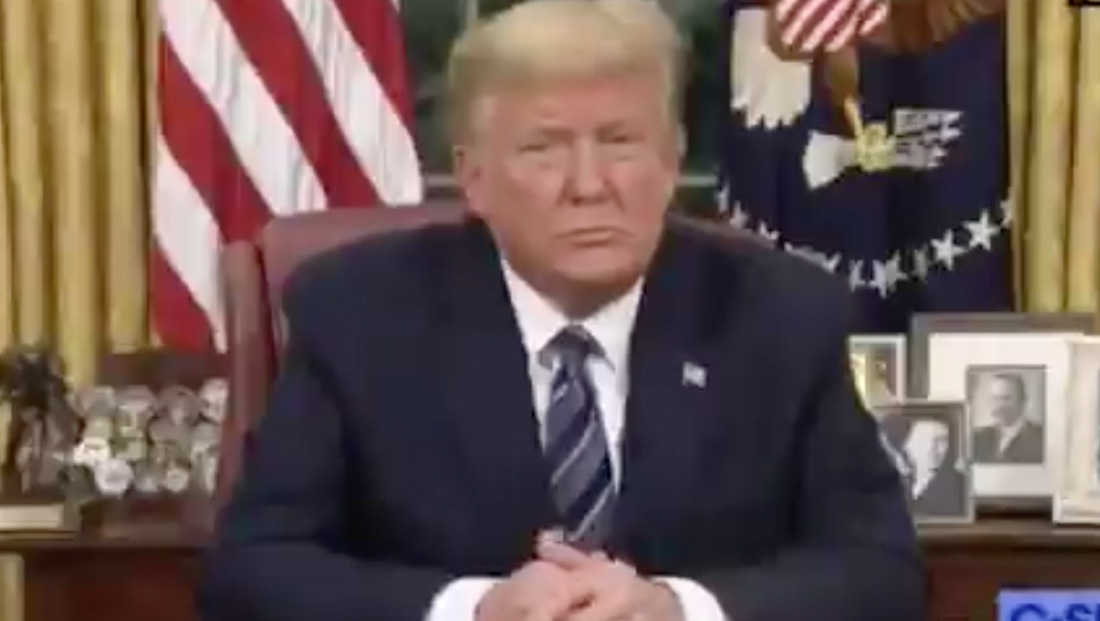 The segment included a dark black and red background with a “laser line” along the bottom with a dot representing the data the footages shown in the upper left came from.

Meanwhile, a sidebar displayed the current count of U.S. cases and deaths and well as worldwide cases and deaths on the day the statement was made (often Trump is shown citing inaccurate numbers, though it is not clear if that is due to the timing of his comments versus when that day’s count was reported).

It also features brief appearances from members of the off again, on again coronavirus task force, Trump interviews with Fox’s conservative commentary channel and clips from press briefings and rallies where Trump attacked the media.