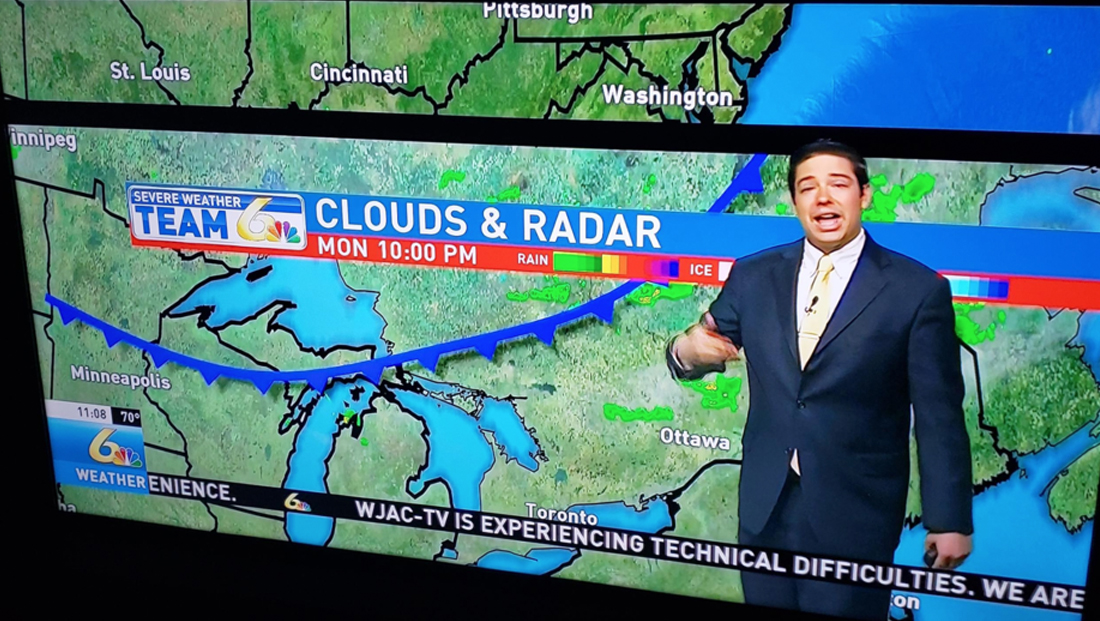 WJAC, the NBC affiliate in Johnstown, Pennsylvania, had a slew of technical difficulties during its 11 p.m. newscast Tuesday, July 10, 2018, reports FTVLive: