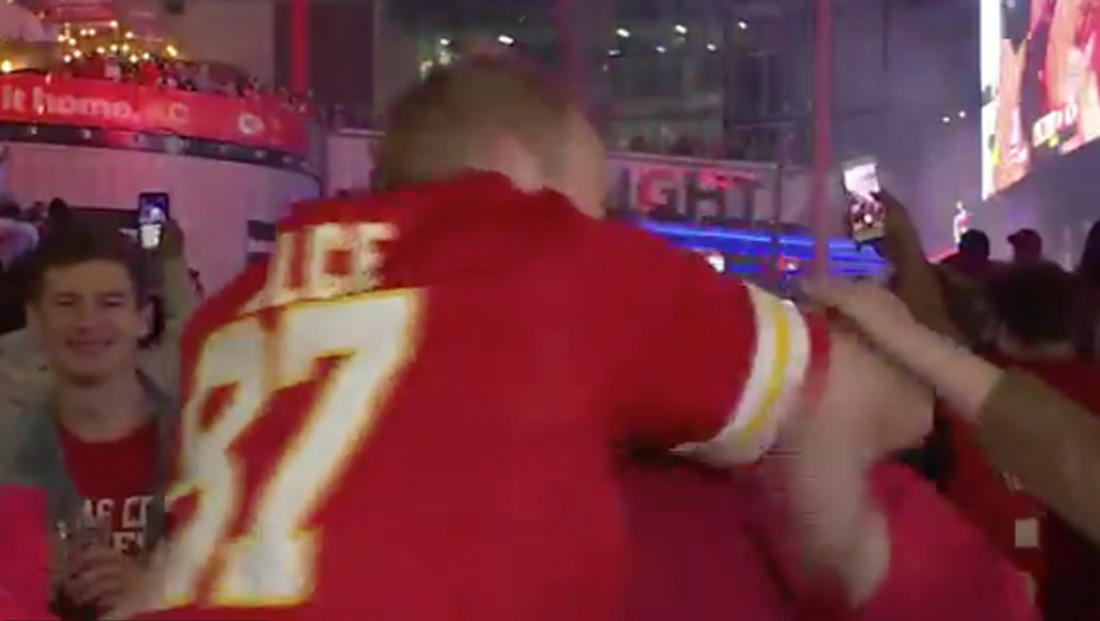 Austin Walker, who reports for the University of Missouri owned station in Columbia/Jefferson City, Missouri, posted a video clip of the incident on Twitter.

At one point, someone in the crowd appears to pull on Walker’s IFB or another cable.

Walker was attempting to do a live shot in the middle of an open area where fans were celebrating the hometown win.

Please be respectful to reporters out in the field. We are just trying to do our job to the best of our abilities. Thank you pic.twitter.com/iTnRHxyrYp